The University of Arizona College of Fine Arts has delivered the largest class of first-year students in 16 years in the midst of a global pandemic, preliminary numbers indicate.

*Projected, enrollment numbers become official 21 days after the beginning of the semester.

Plus, this new College of Fine Arts class is diverse; 46.65% self-identify as non-white, up from 43% last year, which follows the trend line of the University. The number of Black students grew by 45% from last year and Native Americans doubled. There was also a 40% increase in the number of first-generation students.

>> UArizona Welcomes its Most Diverse Class in History 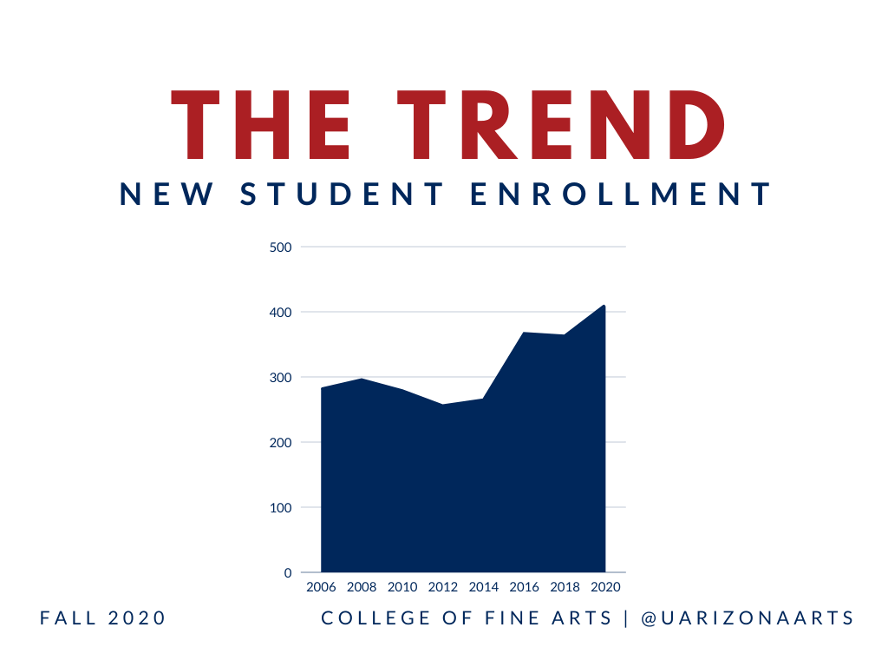 “We recruit nationally in a very competitive environment, and our partners at the University in enrollment, marketing and communications have played a significant role in increasing our visibility in key markets with the ‘Wonder’ campaign.  I am heartened that even in a time of significant challenges for the arts broadly, students continue to see the value in coming to Tucson for the world-class training we offer in our highly-ranked academic programs in art, music, dance, theatre, and film.

“Now we now turn our attention to ensuring that every one of these students is able to achieve their educational aspirations at the University of Arizona.”

“The College of Fine Arts made a quick and strategic transition to online recruitment early on,” said Ryan Burton Romero, director of enrollment management and student services. “Due to COVID-19, we were not able to host students on campus, but we turned that negative into a positive.

“We took a more personal approach than ever before. That approach, as always, relies heavily on our amazing faculty, staff and advisors in all four schools going the extra mile to make one more connection with prospective students.” 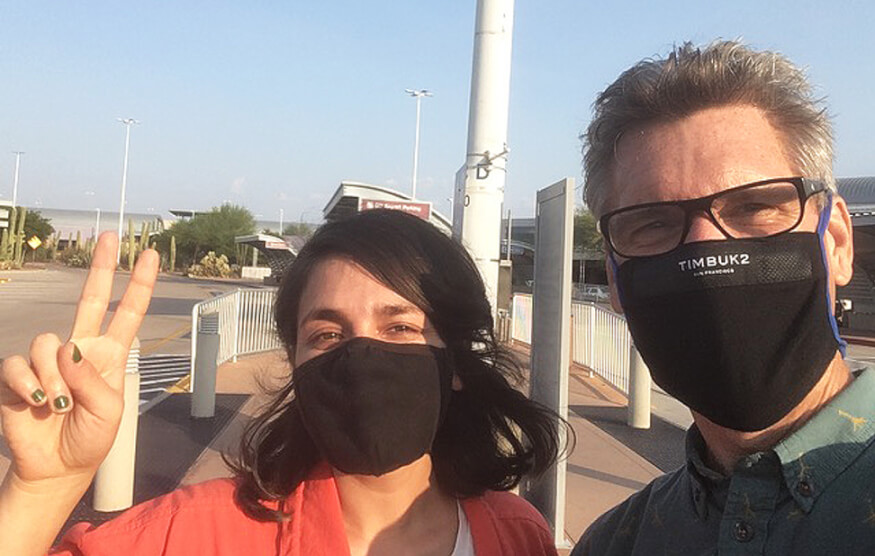 School of Art Professor David Taylor and many others went that extra mile assisting an incoming first-year MFA student Mariel Miranda from Tijuana, Mexico. Miranda had difficulty obtaining an F-1 visa, eventually arriving in Tucson on Aug. 23, just in time for the fall semester.

Miranda is a recipient of a 2020 Jumex Scholarship, 2019 FONCA grant, and the 2019 Second Sight Award; and is an incoming University Fellow. A contemporary photographer, she is the founder/director of the Tijuana International Festival of Photography. Her work incorporates photography’s history and its complex social, class, racial, and gender power relations currently at play in national and transnational spaces such as the U.S.-Mexico and Mexico-U.S. border.

Taylor, co-chair of the Photography, Video and Imaging program, wanted to recruit her, even while on sabbatical. He had an able team of colleagues ready to help, led by Professor Sama Alshaibi that included Megan Bartel (School of Art graduate advisor); David Bradshaw (Graduate Center assistant director); Lara Pfaff (Global Center program director) and others, who assisted with emergency letters, phone calls, emails, strategy consultations, recommendations and applications.

“Given that the previous week she was in Mexico City, and still had not obtained a visa, greeting her at arrivals at the Tucson airport was nothing short of momentous,” Taylor said.

“The outcome not only reflects well on our collective determination to persevere but, importantly, on Mariel and her unbounded tenacity and optimism. She made multiple attempts to get passport and visa appointments in Tijuana and San Diego. She was turned back at the border after being held in secondary inspection, but was ultimately able to get a passport appointment in La Paz, and finally obtained her visa in Mexico City by virtue of her persistence.

“Needless to say, she is special and we are fortunate to have her here as a University Fellow and in the College of Fine Arts/School of Art.”

Another important group of influencers that play a pivotal role were the CFA Ambassadors, a volunteer student group managed by Lindsay Clark, recruitment coordinator. Led by 2020 CFA ‘Outstanding Senior’ Delphine Chang, the group collectively logged over 2,000 hours of service.

The biggest concern for prospective students was not seeing the campus. Spring tours were cancelled.

“I talked with one student for almost two hours,” said Chang. “She just had so many questions about the College. She’s like, ‘what are the studios like?’ She said that the university and the college are one of the best she’d seen for virtual tours. She said, ‘I do feel like I’m there.’”

The process was more personal with the numerous one-on-one phone calls and video chats, but there was also a technical component that provided dramatic improvements, according to Romero. This year the College of Fine Arts moved to Slate, an online application system. Slate streamlined prospective student information flow, allowing faculty and staff recruiters to more easily track students during the application process. 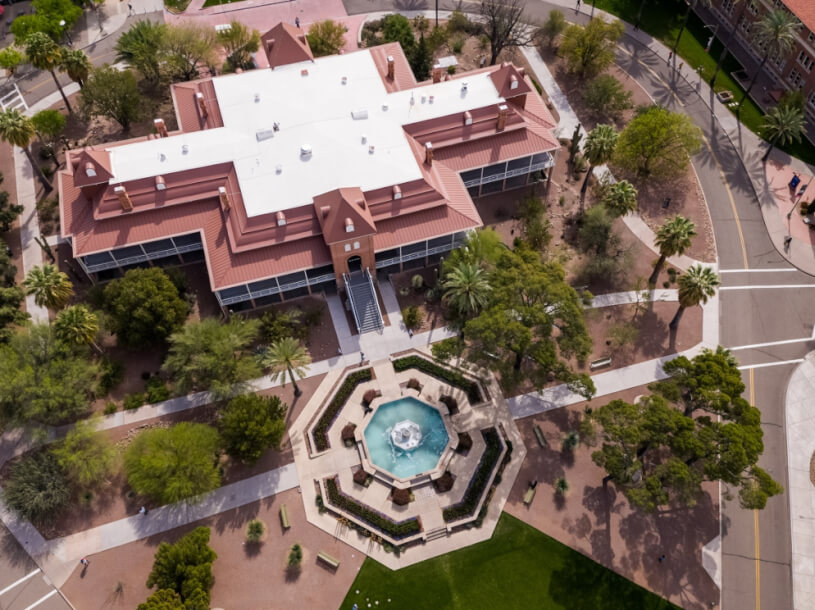 UArizona Welcomes its Most Diverse Class in History

The University of Arizona’s newest class of Wildcats will be its most diverse class ever. Nearly half of the 7,500 first-year students enrolled for the fall 2020 semester – 48% – self-reported as non-white, according to preliminary enrollment numbers; up from 43% at the start of the 2019-20 academic year.

“We are so proud to welcome the most diverse incoming class to the University of Arizona this year,” UArizona President Robert C. Robbins said. “These students are beginning their college career at a unique time in our history. As the result of the pandemic, the campus experience may look different from what they expected when they first applied. However, we remain fully committed to providing all University of Arizona students with the world-class education and career preparation they need to help them achieve their goals, and we are so excited to embark on a new year with this new class of Wildcats.”

Nearly 30% of first-year students identify as Hispanic or Latinx, and 31% of them are first-generation college students.