Roxanna Denise Stevens Ibarra is a double degree student at the College of Fine Arts. She graduated last spring with her BFA in Film and Television, and is now completing her second degree in Music Education as a violinist. As part of the 11% of Latinos, or 6% of Latinx that have a Bachelor’s degree in the U.S., she hopes to utilize her two degrees to convey storytelling visually and aurally, while embracing her Mexican and American cultures. 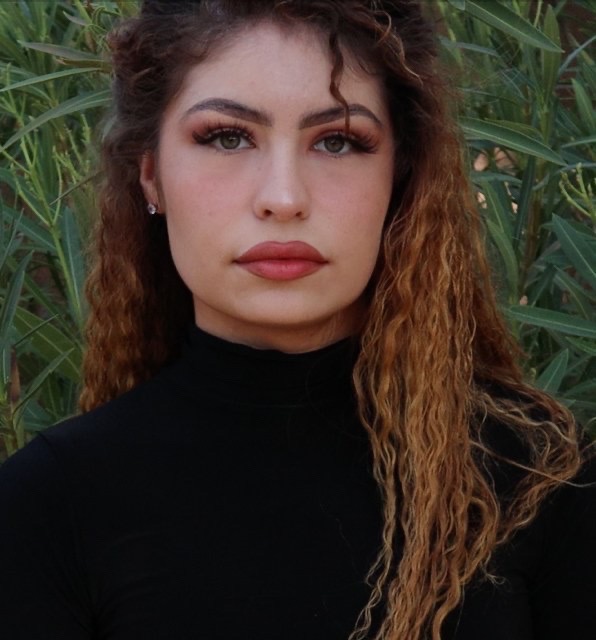 When Ibarra graduated high school, she was unsure of what major to declare and had an internal argument about money versus lifestyle.

“I realized that I rather be doing something I love instead of working away at something I’m good at but not enjoy,” she said. “As a result, I decided to go full force in that direction and pursued both degrees.”

At first glance, the two degrees may seem distant, however, they are very much interrelated. “In film you need music, and music isn’t limited to instruments,” Ibarra explained. “Instead, music can be a compilation of voices and soundscapes. When considering soundscapes, you have to consider the voices that are present and the ones that aren’t. It’s the same for music, in orchestral settings, it’s important to see what instruments are being included and excluded. It’s an active decision to include, or more important, exclude a voice.”

By understanding these soundscapes, music and film intertwine and become a synonymous idea. Ibarra blended the concepts successfully in her senior thesis film, Tesoro, which premiered at “I Dream in Widescreen” this past August.

>> I Dream in Widescreen: Q&A with Rising Stars

The film earned a nomination for ‘Best Drama Short’ at the 2020 International Motor Film Awards. Tesoro tells the story of an older man riding through South Tucson and through time, revisiting the memories of his youth as he prepares to sell his prized car. 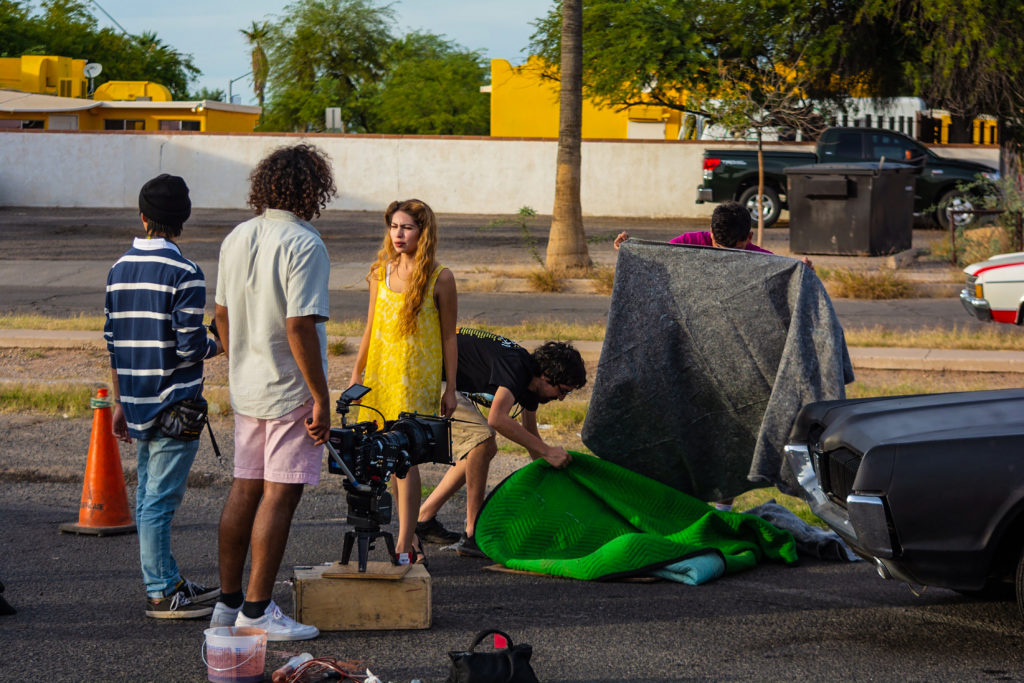 As a member of the College of Fine Arts’ Diversity and Inclusion committee, Roxanna was moved by the Black Lives Matter movement and hopes for a better embracement of different identities, experiences and perspectives. “It’s such a problem when people talk about inclusion, whether that be Latinos, Latinas, black people, brown people, or foreign students, and not seeing those very same minorities in the educational facilities,” Roxanna said. “Being a part of the minority group that graduates at university level has brought to my attention that there needs to more accessibility. As a light-skinned, ‘white passing’ Latina, I consider myself very privileged, but there are others that are not. Because of that, we need to do better and start making recourses accessible to everyone.”

In October, Ibarra was awarded an Emerging Content Creators Scholarship to take part in the 2020 Latino Media Fest, which celebrates the best of Latinx content and content creators. “The Latino Media Fest exposed me to the amazing art in our community and really raised the question as to why we aren’t seeing more of these films in popular streaming platforms.” 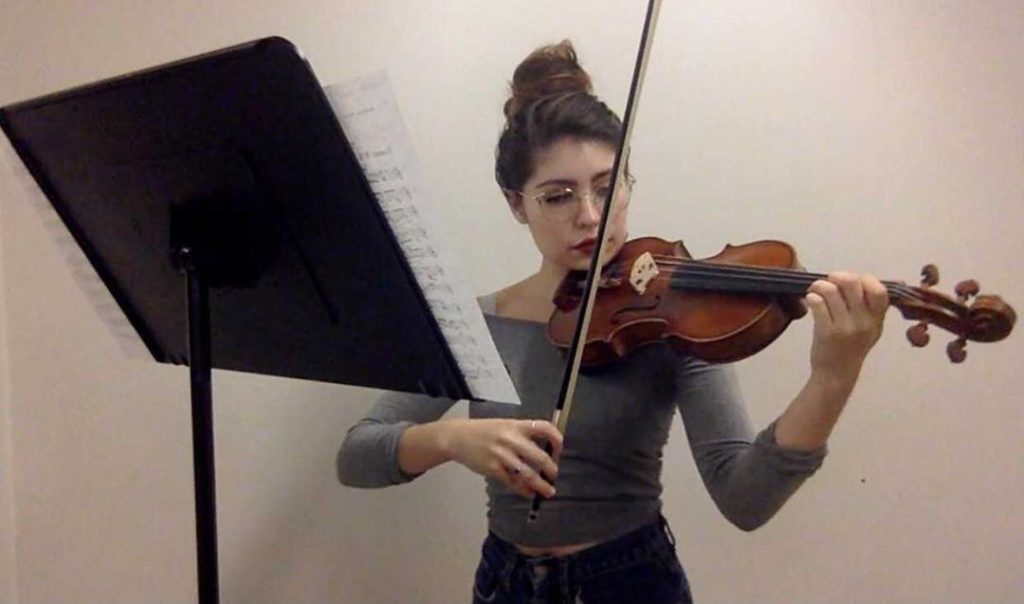 Perhaps Ibarra and others will be part of a Latinx movement of new content on those platforms.

What advice does she have for students considering the ambitious dual-degree approach?

She stresses the importance of a schedule, when giving advice for prospective double-degree students. “I had to talk to both of my advisors and create a schedule before I even considered completing two degrees,” she said. “It’s not impossible, but don’t force yourself to complete it in four years. Many (might) think that it is a sign of success to graduate young, but what’s important is that you are doing what makes you happy without over-stressing yourself.”

Ibarra hopes to work for Disney in the future and would “love to create a soundscape or be a part of the composition teams for short films.” She dreams of working on a Disney princess film to contribute more female empowerment in the world.