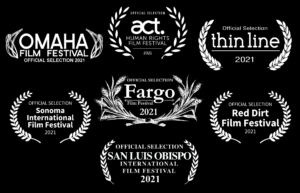 Foreign Policy magazine recently published a story on immigration policy anchored by the stories told in Missing in Brooks County. Citing a “broken immigration system” and pointing out the failures of Border Patrol’s decades-long “prevention through deterrence” policy, the article was spurred by the film’s screening at the Human Rights Watch Film Festival in February.

Missing in Brooks Country is co-directed by Jeff Bemiss and TFTV Adjunct Instructor Lisa Molomot, and edited and produced by TFTV Associate Professor Jacob Bricca ACE. Its national and international film festival run continues this month with screenings at the Sonoma International Film Festival, the act. Human Rights Film Festival and the Omaha Film Festival, among others. View the full lineup of upcoming screenings and Q&A sessions on the Missing in Brooks County website.

The post Foreign Policy Magazine reports on the rolling tragedy of “Missing in Brooks County” appeared first on School of Theatre, Film & Television.