Architects of the University of Arizona School of Dance, the husband-and-wife team of Jory Hancock and Melissa Lowe are retiring after 34 years on campus building one of the nation’s elite collegiate dance programs.

The couple joined the dance faculty and staff in 1987. Hancock has led the dance program since 1989 and has been the director of the School of Dance since its inception in 2005; Lowe is a professor of ballet and director of student services.

“This is the end of an era,” said Andrew Schulz, vice president for the arts. “The way that Jory and Melissa built and shaped one of the flagship programs of the university, and, certainly one of the premier dance programs in the country, is really remarkable. They’ve enriched our lives and this entire region with the incredible artistry and they’ve impacted generations of students.” 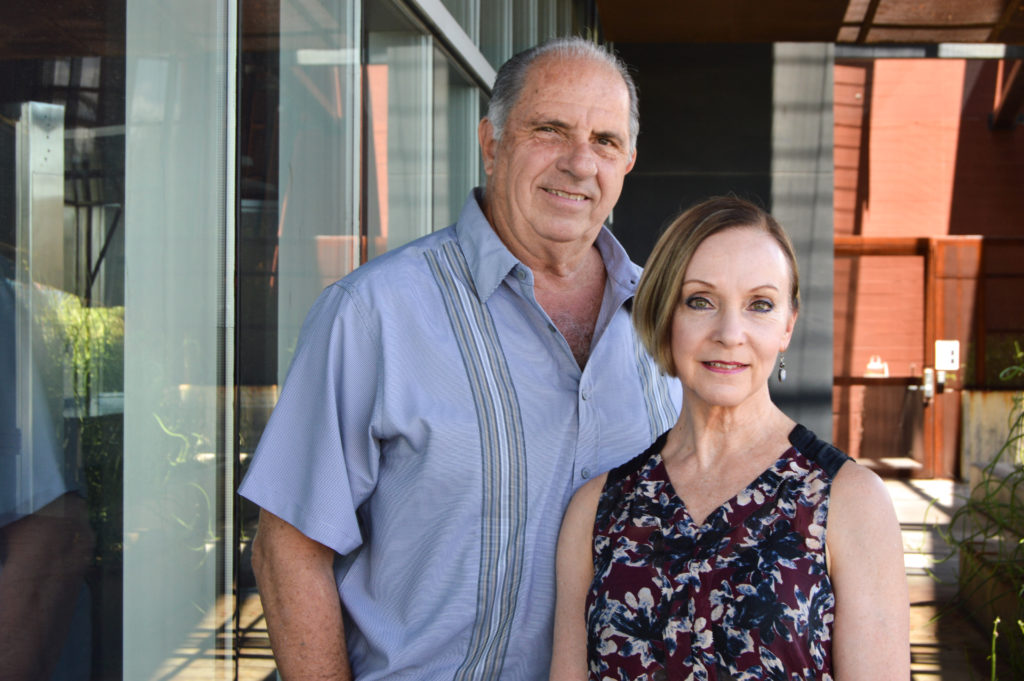 In 2019, the College of Fine Arts awarded the duo the James R. Anthony Award for Sustained Excellence in Teaching.

Hancock and Lowe have contemplated retirement the past few years and decided now was the time to step away with the program in such a strong position and in capable hands.

“We’ve both spent half of our lifetimes here on this campus,” said Hancock. “We feel so dedicated to this university. Our charge was to build the dance program and we feel we’ve done that. We’re walking away from a labor of love that’s been everything to us. Melissa and I aren’t sure what retirement even means because we’ve never taken much time off. It will be a new adventure.”

Lowe added, “It’s nearly impossible for us to summarize how we feel about our students. Literally everything we did in our time here was about and for these young artists. We love knowing our alumni family are out there, spread across the world.”

“I have been consistently impressed by the University of Arizona’s School of Dance,” said University President Robert C. Robbins. “Its students, faculty and staff are simply amazing, and the strength of this program is thanks in so many ways to the vision, leadership and example that Jory and Melissa have provided through their 34 years of service. Their success and the success of the School of Dance is a point of pride for us all, and I want to thank them for all they have done for our students and the entire Wildcat family.”

As their careers at the University of Arizona come to a close this summer, the College will take a thoughtful, national approach to find their successors.

The program has evolved from a “Committee on Dance” and 29 majors studying ballet and modern dance in 1987 to a dance department in 1995 with 100 majors, five studios, and an increase of staff and faculty. That year, dance was recognized as Arizona’s top undergraduate program.

In 2003, following a successful fundraising campaign, the Stevie Eller Dance Theatre was built. The $9 million center, designed specifically for dance, has earned three awards from the American Institute of Architects and was listed as one of Arizona’s top 10 “Architectural Achievements.” In 2005, the dance unit achieved school status, making it one of the few schools of dance in the country.

Today, about 500 dance hopefuls audition for 50 spots in a rigorous audition process. The school offers an equal emphasis approach to technical training and performance in ballet, modern and jazz that optimally prepares dancers for future professional careers in dance upon graduation. To study dance at The University of Arizona is to have the best of both worlds – a nationally reputed dance program with a conservatory environment, housed within an institution nationally lauded for scientific discoveries and research.

The University of Arizona Dance Ensemble is comprised of BFA and MFA students, who perform in more than 40 main stage concerts a year, including regular performances of the masterworks of George Balanchine, Paul Taylor, Martha Graham, José Limón, Ben Stevenson, Donald McKayle, Anne Reinking, Jerome Robbins, Alexei Ratmansky and others.

Alumni have gone onto careers in every facet of the dance field. Graduates have joined preeminent companies such as American Ballet Theatre, Pacific Northwest Ballet, Houston Ballet, Paul Taylor, Limón Dance Company, Hubbard Street, and Giordano Dance Chicago; performed in Broadway and touring shows such as An American in Paris, Phantom of the Opera, Chicago, and Wicked; have been cast in iconic productions such as Radio City Rockettes, and Cirque du Soleil productions Mystère, The Beatles LOVE, Elvis, and Le Rev; and have gone on to shape the future of dance as choreographers, artistic directors, arts administrators, and educators in community studio settings, K-12, and higher education.

“As a former grad student and current faculty member at the School of Dance, I will be forever grateful to be able to call Jory Hancock and Melissa Lowe my teachers, mentors, colleagues, and UA dance family,” said Tamara Dyke-Compton (MFA ‘13). “It has been life-changing to have had the opportunity to learn and work under the leadership of two such wonderfully talented, inspiring, kind, intelligent artists/professors. 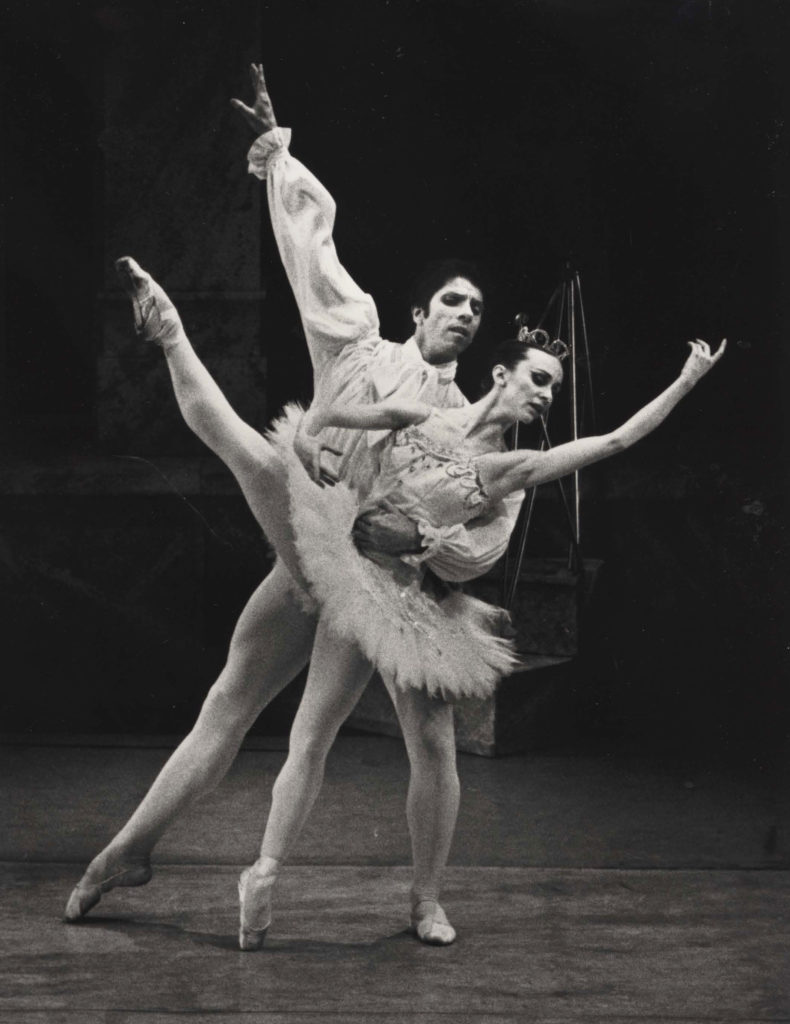 Melissa Lowe
Melissa Lowe studied dance in New York City at the School of American Ballet with master teachers, most notably, Stanley Williams and Alexandra Danilova. She continued her training in New York, earning a scholarship to the American Ballet Theatre School, where she was an apprentice to the company.

Upon graduating high school from Professional Children’s School in New York City, Lowe joined Pittsburgh Ballet Theatre as a Soloist. Positions followed as a Soloist with the Houston Ballet and Principal Dancer with Pacific Northwest Ballet in Seattle. She has performed nationally and internationally as a company member or guest artist in more than 100 different works.

Lowe was appointed ‘Master Teacher in Ballet’ by the National Foundation for the Advancement in the Arts (1997-2007). She received numerous awards from the College of Fine Arts for teaching excellence, advising and mentoring and fundraising. Her research has led to the development of a movement therapy program in Tucson for breast cancer patients and survivors.

Jory Hancock
Jory Hancock began his dance career with an apprenticeship with American Ballet Theatre in New York City. In his 25-year career as a professional ballet dancer, Hancock performed with the Pittsburgh Ballet Theatre, Houston Ballet and as principal dancer with the Pacific Northwest Ballet in Seattle.

He performed principal roles in Swan Lake, Cinderella, and other classics, as well as in the Balanchine repertoire, including Serenade, Concerto Barocco, and The Four Temperaments. He created the title role in the world premiere of James Clouser’s Caliban. In addition to his stage performances, Hancock is featured in five documentary specials made for PBS.

In 1987 he joined the dance faculty at the University of Arizona as an associate professor. Hancock has led the dance program since 1989 and has been the director of the School of Dance since its inception in 2005.

On-campus, Hancock has served numerous roles and earned several notable honors and awards. He served on the President’s Cabinet and as Chair of the University Faculty from 2001 to 2005. In 2005 the Arizona Alumni Association gave Hancock an Honorary Alumnus Award for “exceptional loyalty and service to the University of Arizona.”

Hancock was recognized in 2008 with the Stevie Eller Endowed Chair for the Director of Dance and served as Dean for the College of Fine Arts from 2010 to 2017, leading the College through turbulent economic times. He is the recipient of numerous honors, including a Medallion of Merit from the National Society of Arts and Letters.