Local heroes will be immortalized in Monuments

Monuments will be on display nightly now through Nov. 29, beginning at sunset, in the trees of the University of Arizona, projecting the faces of three local heroes in an outdoor environment. Projections of moving images transform trees into sculptural portraits surveying the immediate surroundings. The work aims to challenge traditional expectations of public monuments and the selective history represented in our civic spaces.

The three local heroes are Isabel Garcia, a promoter of human and civil rights; Adiba Nelson, an advocate for inclusivity for children; and Felipe S. Molina, a preserver of Yaqui culture.

Monuments is the brainchild of internationally acclaimed Australian artist Craig Walsh. Known for his pioneering works, including innovative approaches to projection mapping in unconventional sites, Walsh’s works have animated natural environments and features such as trees, rivers, and mountains, as well as public art projects in urban and architectural spaces. Walsh’s work is distinctive for its conceptual underpinnings. With Monuments In Tucson, Walsh challenges the traditional concept of monuments to celebrate contributing members of our Southern Arizona community.

“At a time when our nation questions the efficacy of effigy, Arizona Arts Live is creating a space for the community to further explore the conversation around monuments and their meaning,” said Chad Herzog, executive director of Arizona Arts Live. “I couldn’t be prouder to partner with Craig Walsh on this project. I’m happy Isabel, Adiba and Felipe are getting recognition for their work and their own special monuments right here at the University of Arizona.” 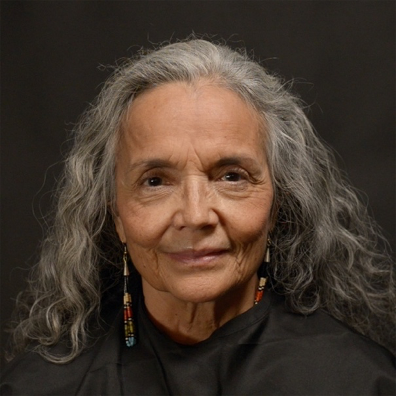 Isabel Garcia (BA ’75; JD ’78) is co-chair of the Coalición de Derechos Humanos, a grassroots organization based in Tucson that promotes human and civil rights and fights the militarization of the border region in the American Southwest. A former longtime Pima County legal defender, Garcia has been at the forefront of immigrant and refugee rights since 1976. As a lead speaker on behalf of Derechos Humanos, Garcia holds press conferences and interviews, hosts media crews, leads demonstrations, weekly vigils, symposiums, and marches to draw attention to the unjust policies and inhumane treatment of immigrants. She works to counter anti-immigrant hysteria and to change stereotypes and misinformation about immigrants. “Immigration policy has been a total failure and needs to be changed,” Garcia said. “It has not prevented people from attempting to cross the border, but has put the lives of thousands of men, women, and children in serious danger. Their deaths are the direct result of U.S. policy.” Garcia has received many awards for her work, including the 2006 National Human Rights Award from the Comisión Nacional de los Derechos Humanos de México and the Lifetime Achievement Award from the University of Arizona College of Law in 2017. 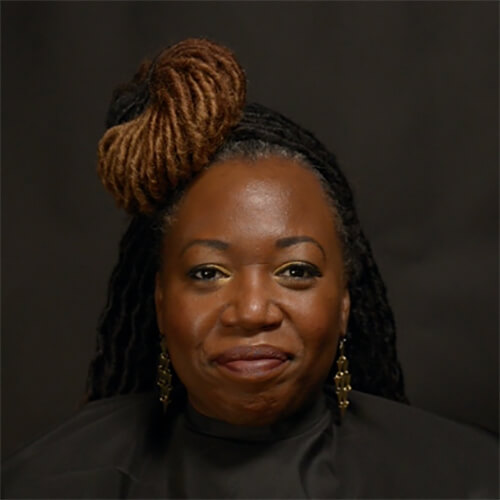 Adiba Nelson is champion for the universal concept of inclusion. She is the founder and president of RocketChair Production, whose mission is to increase visibility and representation for all children. Nelson is a self-described recovering social worker turned prolific writer. Her work has been featured in Ravishly, Huffington Post (U.S., Brazil and Japan), Washington Post, Mater Mea, Everyday Feminism, Scary Mommy, Your Tango, and My Brown Baby. She delivered her first TEDx talk in 2017, “Skating Downhill: The Art of Claiming Your Life,” and was the subject of the Arizona Illustrated’s 2018 Emmy Award-winning, documentary short, The Full Nelson, which chronicled her daily life with her daughter, Emory.

Nelson wrote “Meet ClaraBelle Blue” — based loosely on her own daughter, Emory – after being frustrated with the lack of representation of children with special needs in children’s books. Numerous literary agents rejected the book as being “too niche.” Nelson self-published the book because “children cannot wait for the world to be ready to see them.” Since then, she expanded the message of inclusion to classroom lesson plans and hopes to offer product lines and children’s television centered on visibility and inclusion. In the meantime, she travels the country leading workshops and speaking at conferences about her life as a special-needs parent, the importance of inclusion in the classroom/youth activities, in children’s literature, and mainstream media. 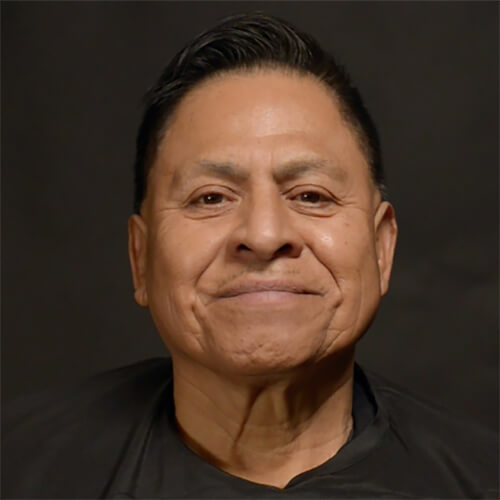 Filipe S. Molina grew up in the Yaqui settlement near Marana, Arizona, which is now called Yoem Pueblo. He credits his grandmother, Anselma Angwis Tonopuamea, and his grandfather, Rosario Bacanari Castillo, a famous Pascola dancer, with educating him in the Yaqui language and ways. Molina has served as governor of Yoem Pueblo and a member of the Pascua Yaqui Tribal Council. He served as a teacher of the history, culture, language and ceremonies of the Yaqui people in Yaqui community schools and colleges from 1974-1991. Molina performs as a deer singer, performing traditional ceremonial dialogues or songs.

In 1987, he co-wrote with Larry Evers the book, Yaqui Deer Songs (Maso Bwikam), winner of the Chicago Folklore Prize, a study of a Native American poetic genre, published by the University of Arizona Press. “In both form and content, Yaqui Deer Songs is one of the most beautiful anthropological books of recent years. It stands as part of the great tradition of collaborative work flowing from Boas and Teit, in which oral literature is presented, preserved, and sensitively translated.” — Journal of Anthropological Research

All visitors must use face coverings in all UArizona locations, both indoors and outdoors.

Monuments in Tucson is made possible thanks to the generous support of the Marshall Foundation.