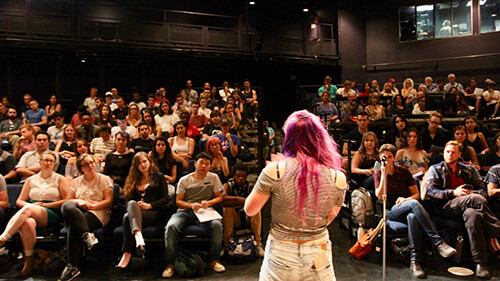 BFA filmmaker Randi Todd pitches the concept for her film Thief to students and faculty at the Fall mixer. Photo Yuri Makino 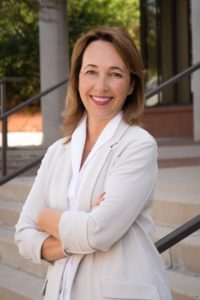 Every spring, the annual I DREAM IN WIDESCREEN Film Festival at the Fox Tucson Theatre showcases the work of student filmmakers from the School of Theatre, Film & Television. If you’ve attended past editions, you’ll know that our incredibly talented film students enjoy accolades from over 1,000 people who show up for the screenings and festivities.

What you might not know is that these films begin to take shape at the start of the fall semester during a networking mixer at the Tornabene Theatre.

I had the pleasure of attending the mixer with a large group of energized students and faculty last year. Students were focused on their film projects, and their passion for visual storytelling was palpable. Design & Technical Production students, Acting & Musical Theatre students, and BFA Film students took their places in the theatre to hear filmmakers pitch their upcoming senior thesis film projects and story lines. Whether it was a violinist transitioning from classical to pop, or a lucky soul stumbling upon a load of stolen cash, these stories were just waiting to be told through film. Students signed up for the project of their choice, choosing to audition for roles or to become members of the production crew that together would move the projects to completion.

Not surprisingly, many of this year’s thesis films are inspired by personal experience. Victoria Pereira calls upon her love of music for Syncopate. An avid climber, Cullen Hamblen turns to his extensive knowledge of Southern Arizona mountain ranges to shoot spectacular sequences for his film Norazia. And the films are as varied as they are original. Catherine Hilbert delivers outrageous comedy with Delta Mu Nu while Alicia Farmer’s James depicts a chilling portrait of a split personality. 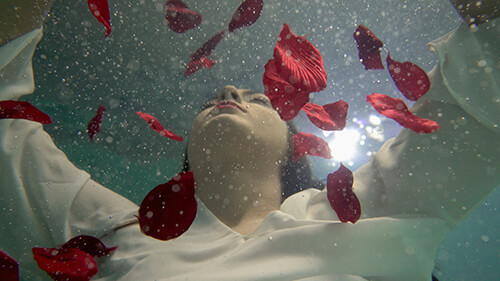 This annual film presentation and competition is the first opportunity to see the students’ films before they take their work to major film festivals around the world. Students from the program have gone on to present their films at Sundance, the Berlin Film Festival, Palm Springs ShortFest and, most recently, the Los Angeles Women’s International Film Festival and Culver City Film Festival, where 2017 graduates Stacy Howard and Isabelle Smith screened their BFA thesis films Amásání and Kiss, respectively.

You’ll want to discover the 2018 films before they make the international film festival rounds! And you’re in luck, because you can: grab your tickets online and head to the Fox Tucson Theatre in downtown Tucson on Saturday April 28, for I DREAM IN WIDESCREEN. It’s our local version of the Oscars, and it all begins right here on campus.

Watch a sneak peek of I Dream in Widescreen 2018 here: 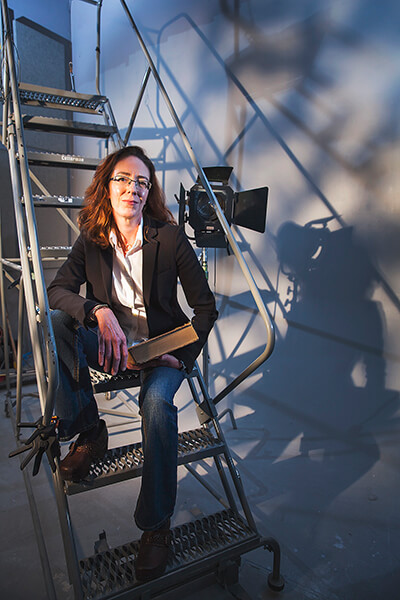 Jessica Maerz’s work as an Assistant Professor of Theatre Studies in the School of Theatre, Film, and Television is animated by a central theme: the reinvention of the classics for modern audiences. This theme flows through all of her research and publication work, the bulk of which examines film adaptations of Shakespeare’s plays.

In her creative work as a dramaturg, she is drawn to productions that seek to reinterpret the classical dramatic canon for contemporary audiences. And the theme is reflected in her service to national and international organizations, including her leadership in the Shakespeare in Popular Culture Area of the Southwest Popular/American Culture Association.

Most importantly, as a teacher of theatre history and dramatic literature, each class meeting provides Jessica with a chance to illuminate the classics in new ways for students. In every course, her aim is to help students reach an understanding of the theatrical past that will inspire them as theatre practitioners, audience members, and lifelong readers of dramatic literature.

One of Jessica’s favorite annual projects is the Undergraduate Research Symposium. Organizing the URS occupies a significant portion of her time during the year as she becomes immersed in the academic content of the event – the nomination and selection of student presentations, and helping students to turn their papers into compelling oral presentations. The annual event – the latest edition of which just took place – has become a point of pride and excitement for the student participants.

Jessica says “I can’t overestimate the degree to which my students motivate and inspire me on a daily basis. My work with students in the classroom, on independent projects, in mentoring roles, and on the Undergraduate Research Symposium is truly the most rewarding part of what I do as a faculty member.” 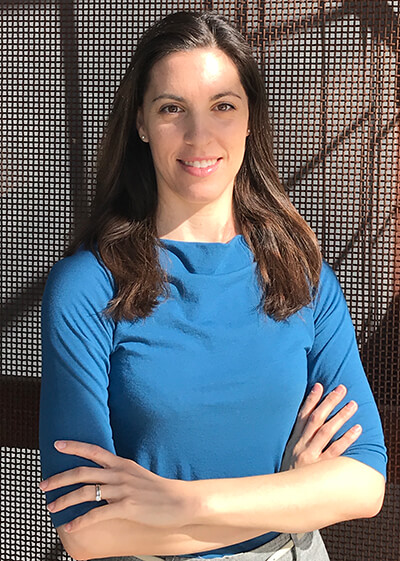 Formerly a professional dancer with the San Francisco Ballet and Boston Ballet companies, and a UA alumna, Whitney Herr-Buchholz is the Manager of Operations and Advancement for the UA School of Dance. Whether it’s working with the Dance Advisory Board on fundraising and audience development initiatives, or with local educators on opportunities to bring K-12 students to view classes or rehearsals, or building relationships with other organizations, Whitney’s role is to be a connector between the program and the community at large.

“At the heart of why I do what I do,” Whitney says, “is my deep belief in the arts as fundamental to the world we live in – our society, our families, and ourselves. In educating dancers who will shape the future of our creative landscape, and as an institutional anchor in our community, UA Dance plays a critical role in advancing dance, and more broadly the arts, as a key component to solving the challenges that face our community.”

Tune in for TURN UP Festival today at 5p.

Like all events at the University of Arizona, the anticipated TURN UP Multimedia Festival for Equality was canceled in light of the novel coronavirus. But in a combined effort between students and fac...
View on Facebook
·Share

Master of Fine Arts students Rachel Wilkins, Elizabeth Eaton and Ryan B. Moore are working on the mask-making initiative alongside Maryan Trombino-Arthur, manager of the school's Costume Shop.

The group has provided masks to Banner – University Medical Center Tucson, which has distributed them to its trauma team, intensive care unit and other departments. ... See MoreSee Less

A group of students in the University of Arizona School of Theatre, Film & Television is doing its part to address the shortage of masks for health care workers in the wake of the COVID-19 pandemic. M...
View on Facebook
·Share

Interested in the College of Fine Arts?
Visit Virtually.

Check out the virtual campus tour and student vids!

Get to know your new home directly from our students and find out why campus is the center of it all.
View on Facebook
·Share