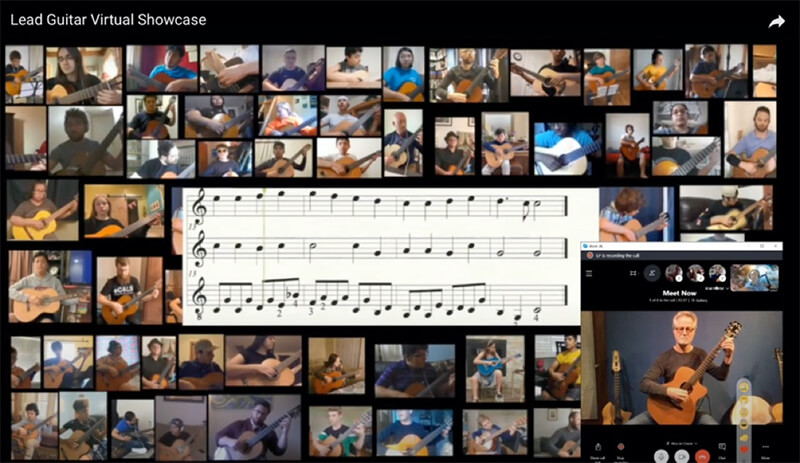 Due to an overwhelming amount of video submissions, a second showcase is scheduled with Zach Filkins of OneRepublic on May 23. Group songs for that showcase will include OneRepublic’s smash hit, “Counting Stars.” Guitarists are invited to submit videos for this showcase.

Brad Richter appeared on the NPR classical music program, “Performance Today” on May 5. Richter and cellist Viktor Uzur, in their last recorded concert, performed Brad’s piece, “Bitter the Laughter, Sweet the Tears.” The performance can be found at the 19-minute mark of Hour One.

from the University of Arizona School of Art
with Tucson Museum of Art and Historic Block.Meet Dr. Alejandro Macias, Assistant Professor with Arizona Arts, who recently joined The University of Arizona. Join him next week to learn more about his featured work at the Tucson Museum of Art and Historic Block. ¡Bienvenidos Dr. Macias!
Register here: bit.ly/3rqs3uH
... See MoreSee Less