“Afikoman the Musical” tells the story of a feuding family settling old scores via a furious search for the Passover Afikoman, which is traditionally hidden by the family during Seder for the children to find. 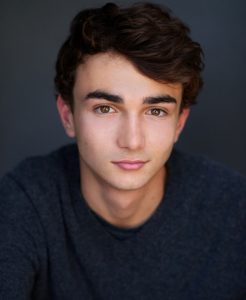 Showsearch 2019, produced by the Foundation of New American Musicals, is a showcase for high school and college-aged students, who submit 10-minute musicals online for consideration. Submissions are judged on storytelling, musicality and originality. Finalists are mentored by entertainment industry professionals and their musicals are presented in a staged reading at UCLA’s The Little Theatre.

The finished musicals were directed by University of Arizona alumnus Richard Israel.

“Doing Showsearch with Richard Israel was so cool,” Jack said. ‘He is also Jewish and was excited about the musical, saying like ‘in my Passover Seder, we did it this way.’ Also, just being able to talk to him about Arizona. I talked to him about my life here and he gave me advice, along with directing, which was just a really cool experience. He’s so talented.”

Get to Know Jack Zager