This season was programmed embracing UA Presents’ history and future by featuring a wide-range of diverse and major artists from around the world, including In the Room with David Hume Kennerly featuring Jon Meacham presented by Bank of America, violinist Itzhak Perlman, and comedian Hasan Minhaj, recognized as a ‘Pioneer’ and one of 2019’s Most Influential People by Time Magazine.

Visit UA Presents for more information on the season.

During Smokey Robinson’s 50-year music career, he has amassed more than 4,000 song credits, and has helped write songs for artists such as The Temptations, Mary Wells, and Marvin Gaye- among others. Robinson has been inducted into the Rock ‘n’ Roll Hall of Fame and the Songwriters’ Hall of Fame.

He also served as the Vice President of Motown records for many years, and had an illustrious solo career with songs like “Just to See Her,” “Quiet Storm,” and “Being with You.”

“To see Smokey is going to be cool, no matter how old you are.” 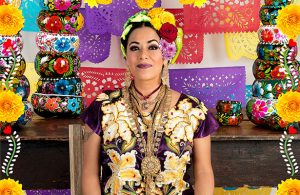 “With over 40 people on stage, a true celebration of Dia de los Muertos with Lila, her band, an all-woman mariachi group, and dancers.”

Maceo Parker, an American saxophonist, has been at the forefront of the funk genre for decades.  Through collaborations with artists like James Brown, George Clinton and Prince, Maceo Parker has pioneered and developed funk as a musical genre. Parker’s performance is part of the 2020 Tucson Jazz Festival.

“Maceo is incredible — soul, jazz and a lot of funk.”

Kronos Quartet, according to their website, “has persued a singular artistic vision, combining a spirit of fearless exploration with a commitment to continually reimagine the string quartet experience.”

“Kronos celebrates Dr. Martin Luther King, Jr., and reminds us of all the change we hope is still to come.”

Cirque Mechanics is “the greatest contribution to the American circus since Cirque de Soleil,” according to Spectacle magazine.

Black Violin gained national recognition after their performance with Alicia Keys at the Billboard Awards in 2004, and is best known for their dynamic shows that combine modern music genres with classical instruments. Black Violin has shared the stage with renowned artists like Kanye West, Aerosmith, and Tom Petty.

“These guys are insane.  We will be dancing at Black Violin.”

NIYAZ is an electronic world fusion group that was founded in 2004 by Iranian refugees Azam Ali and Loga Ramin Torklan, in collaboration with Carmen Rizzo, an American producer and engineer. NIYAZ blends traditional Middle Eastern instrumental tracks with electronic beats and lyrics based on Sufi poetry. Since the group was founded in 2004, they have released multiple albums, including Nine Heavens and Sumud.

“A truly transformative experience, with live music from another part of the world and mind-tripping projection and dancing.”

“Cecile is bringing voice back to the jazz world, and she’s someone you don’t want to miss.”