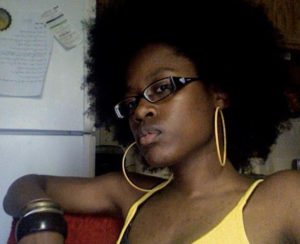 Vanisha Renée Pierce (MFA ’19), also known as Colby R. Rice, was announced as the grand prize winner for Write Movies‘ Winter Contest for her work When In Rohm. The win comes with a prize of $3,500, plus a year of free script development worth up to $3,200, guaranteed pitching to industry, and more.

Vanisha completed her MFA in Theatre Arts & Generative Dramaturgy at the University of Arizona School of Theatre, Film & Television. She currently teaches Theatre at Democracy Prep Endurance High School in Harlem. Her published works include The Books of Ezekiel novel series, The Camille, EverDark, and she’s currently working on the first novel of her brand new BIPOC survival horror series, Surrogate. When in Rohm was Vanisha’s MFA thesis project.