It was a lazy December Sunday. Xander Mason was a bit tired, after performing in eight shows that week.

Mason, a junior at the School of Theatre, Film & Television, had auditioned for the Arizona Theatre Company’s production of “Cabaret,” primarily to get experience auditioning.

Happy surprise. He landed the featured role of Bobby for a professional company for a two-month run. The company launched into an intense six weeks of rehearsals, six days a week, eight hours a day.

Those rehearsals came in handy on that lazy Sunday.

After a successful opening week of eight shows, Mason gets a call from Sean Daniels, artistic director of the Arizona Theatre Company. He tells Mason that the actor in the lead role of the Emcee was too sick to do the matinee.

“Xander, can you go on today in the role?”

Mason wasn’t the understudy. He hadn’t rehearsed the role, sang the songs or read the dialogue.

Spoiler Alert
“The entire team rallied around him,” said Daniels. “Xander went out and KILLED it. Off-book. Instant standing ovation.”

Sometimes when someone replaces an actor at the last minute, they walk around the stage with script in hand, reading lines. Mason played the role without the script, “off-book,” as they call it in the theater. This is the story of how he did it. 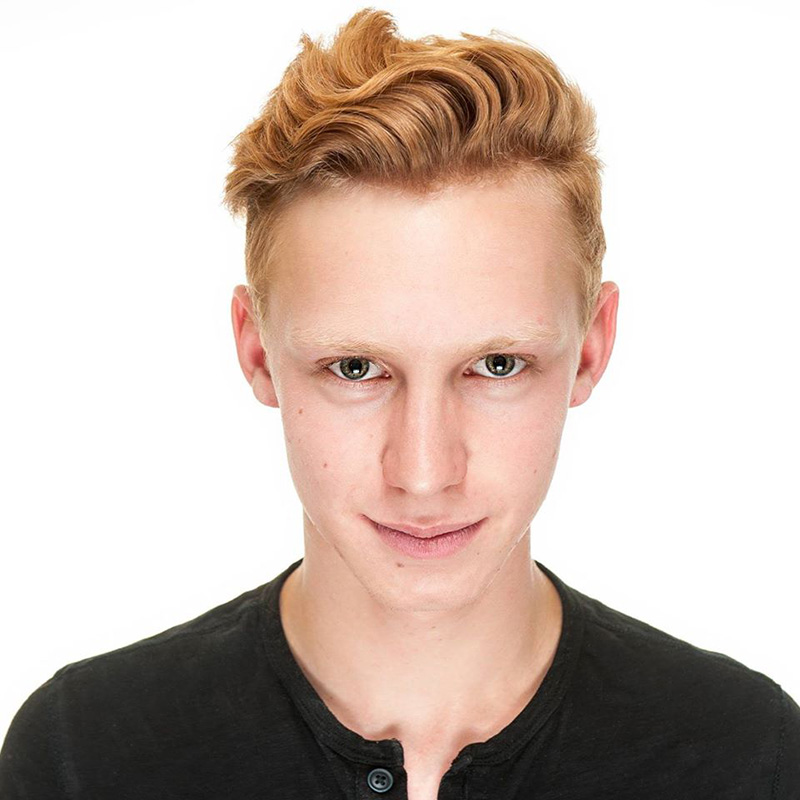 Xander, how did you do that?

Were you an automatic … “I’m onboard?”
“Ah, in my mind, yes. I obviously really wanted to do it, but I couldn’t help but like lose my breath. Like I lost the air that came out of me, when they asked me to do it. I was so shocked that this was like happening. I honestly thought it was still some part of a dream or some joke or something. It felt too unreal or like such a drastic scenario to happen.”

“And on top of that, in the rehearsal process, every time we do a run through or run scenes, I would watch someone new because you get a new understanding of the story at large by tracking one character’s journey that’s not yours. So, you learn something new about how characters relate by watching people. And we ran through it enough times that I got to watch the Emcee’s track a couple times. I felt like I learned the most from watching that about the show.

“Professors at U of A have told us that you’re going to learn more by watching. In class they encourage us to stay focused and keep attentive when other people are working because you will learn something new. Um, so that translated to me attempting to do that for this show. “

Mason gets to the theatre with about an hour to spare and begins meeting with the stage manager, dance coordinator and the conductor, immediately running over the script, reviewing marks to hit on stage, musical cues to learn and more.

Oh … and he was still playing Bobby. He was going to be busy.

That hour must have gone by quickly.
“It did. I sat down with that list with the stage manager and the dance captain, we went through the list of every scene in the show. So, it was a matter of … ‘for this number, we’re going to have you modify the moves that you’ve been doing and stay here or we’re going to have you do this.’ I then ran out to the conductor and we ran through every number in the show once. They sent me back into the dressing room to get changed, which took a minute because the Emcee has the most makeup in the show.

“By the time the makeup was done I was thrown on stage pretty much.” 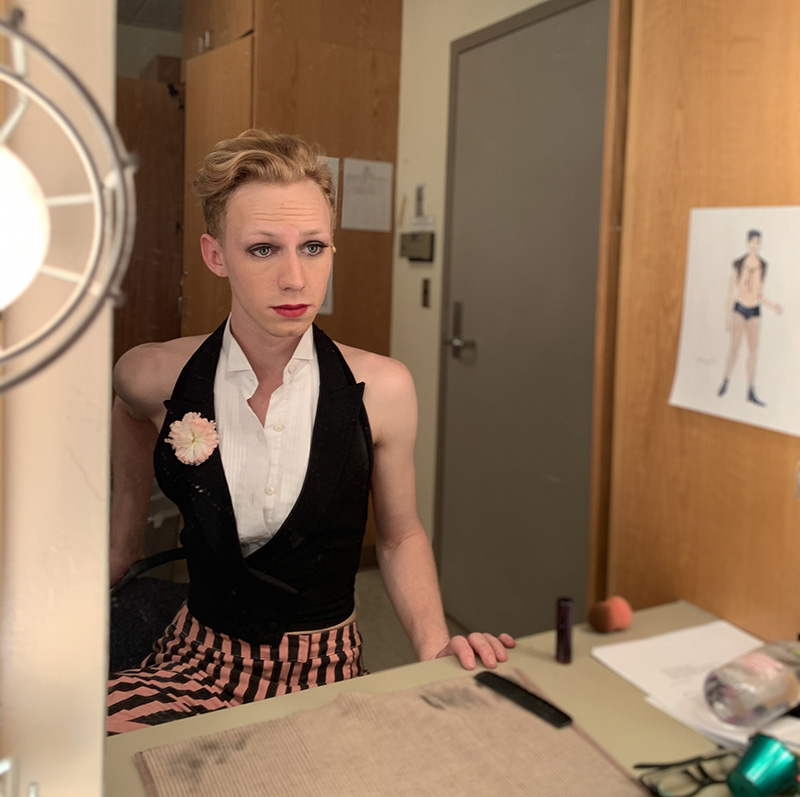 Did you even have time to be nervous?
I mean, my heart was racing but I didn’t have time to sit and think about that.

Did you hear Production Stage Manager Glenn Bruner’s pre-show talk with the audience?
“It just put everything into perspective that an entire company, an entire cast, was trusting me implicitly to continue to carry on this show and not just go out there and, you know, read lines. That was one of the things I immediately was thinking about was that I — even though I don’t necessarily know I’m 100% certain of everything — I’m not going to go out there with a script and make sure it’s 100%. The audience paid to see a story and they came here to see art. They didn’t come here to see someone read lines off a page.

“Everyone was trusting me to put forth that work. And so, his message about me being a student and still stepping up to do this without really any prior warning … it made me slightly nervous, but slightly relieved or slightly grateful that these people trusted me that much.

What did it feel like when you got through the first big number?
“I honestly didn’t have time to think until end of act one because every time I ran off stage I was automatically back in that script looking at what came next, where my entrance was. I was having costumers grabbed me and put me in a new clothing that I didn’t know I was supposed to be in.”

Fortunately, Dom Ruggiero, the stage manager, was there and made these remarks about the first number.

“As the show began with Xander appearing as the Emcee in his pool of light and slowly turning to ‘welcome’ the audience in the iconic ‘Wilkommen,’ it was thrilling for us to see and hear him,” Ruggiero wrote in his post-show performance report. “It did bring a tear to many eyes, including mine, to witness Xander’s fearless and deeply invested portrayal of a role he was not even prepared to understudy, much less perform.”

What was it like to get to the end?
“The end of the show itself is very dramatic. It’s not a happy ending,  for anyone who hasn’t seen it. So, the very ending of the show, I’m sobbing on stage, curtain call happens. When I get back in the dressing room, my knees buckle, I almost collapsed, and I start sobbing. My cast mates were all around me, giving me hugs and telling me that everything went so well.

“That was the biggest sense of relief I’ve ever felt. I finally felt like I couldn’t stop shaking. I couldn’t tell you why. There was so much stress or anxiety leading up to that point that I just started sobbing. I’ll never forget the feeling of getting to hug and talk to all of my cast mates after that. It was something, it was special.”

She's edited Dexter, American Gods, The Killing and My Own Private Idaho and worked with directors like Gus Van Sant, the Russo Brothers, Lisa Cholodenko, Agnieska Holland and others.

Duddleston (BFA ’86, General Fine Arts), as a student, actually worked in the editing room when Revenge of the Nerds was filmed on campus in Tucson. ... See MoreSee Less