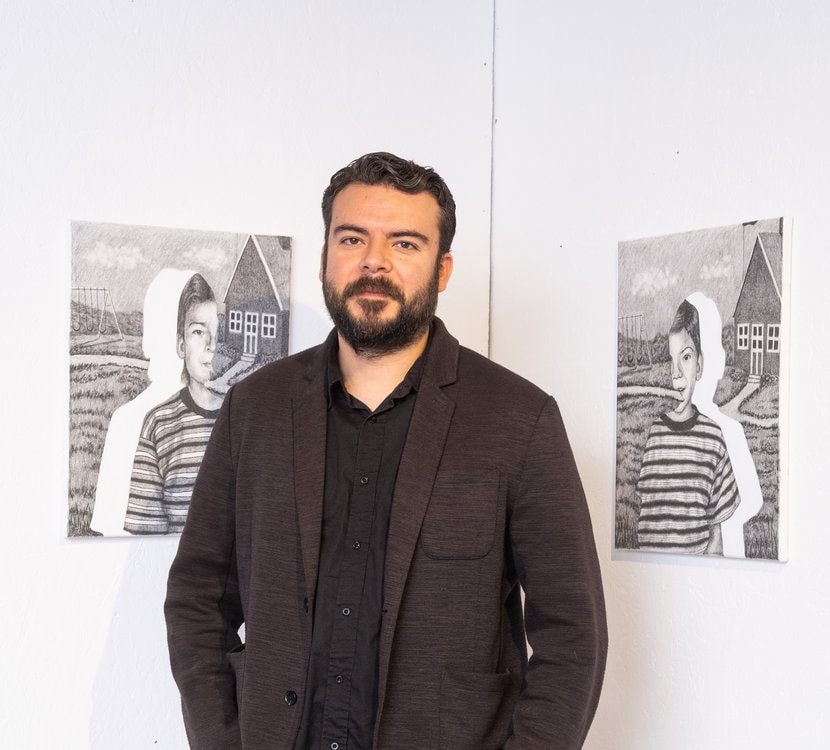 His work has been driven by his Mexican-American identity and the current social-political climate.  Raised in the Rio Grande Valley (RGV), his body of work addresses themes of heritage, immigration and ethnicity, which are set in contrast to his critical engagement with the assimilation and acculturation process often referred to as “Americanization.”

He has exhibited nationally and internationally. Since 2016 he has been the recipient of numerous awards and recognitions including notable and prestigious residencies at Centrum in Port Townsend, WA, Vermont Studio Center, Chateau d’Orquevaux in Orquevaux, France, The Studios at MASS MoCA, and most recently Wassaic Project.

His work has been recognized and remains in the permanent collections of The City of San Antonio Department of Art and Culture, Brownsville Museum of Fine Art, Mexic-Arte Museum in Austin, 4Culture in Seattle, WA, Chateau d'Orquevaux, and Tucson Museum of Art.