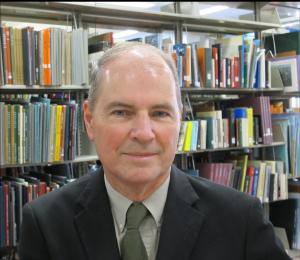 The principal focus of Prof. Brobeck's research is French music and musical patronage during the 15th and 16th centuries. Publications: articles in Musica disciplina (1993); The Journal of the American Musicological Society (1995); The Journal of Musicology (1998); 9 articles for The New Grove Dictionary of Music and Musicians, rev.ed. (2002); 5 articles for Die Musik in Geschichte und Gegenwart, rev. ed. (2003 ff.); an article in Epitome musical (2010); and "A Music Book for Mary Tudor, Queen of France," Early Music History 35 (2016):1-93..

He has taught a wide variety of graduate and undergraduate music history and musicology courses at the UA, including doctoral seminars in Baroque oratorio, symphonic literature, the music of Bach, the music of Beethoven, and Baroque performance practice, and also prepared and teaches fully online versions of Music 330a and 330b (the upper division music history survey required of all UA undergraduate music majors). He has served on over 200 graduate student committees during the past 4 years.

He directed the Collegium Musicum of the university from 1989-2004, during which time the group performed works ranging from the Machaut Mass through Bach's St. John Passion, and currently coaches the student ensemble Arizona Baroque. He also holds an appointment as Organist and Director of Music at Northminster Presbyterian Church, Tucson, where he has conducted and/or accompanied a number of major choral works, including Requiem settings by Brahms, Fauré, and Mozart, Mass settings by Haydn and Mozart, and oratorios such as Handel's Messiah, Haydn's Creation, and Mendelssohn's Elijah. He is active locally as an organ recitalist and has a longstanding relationship with the University of Arizona choirs as a harpsichord or organ accompanist. The latter relationship includes a performance of the Duruflé Requiem in April 2012 with the Arizona Choir.