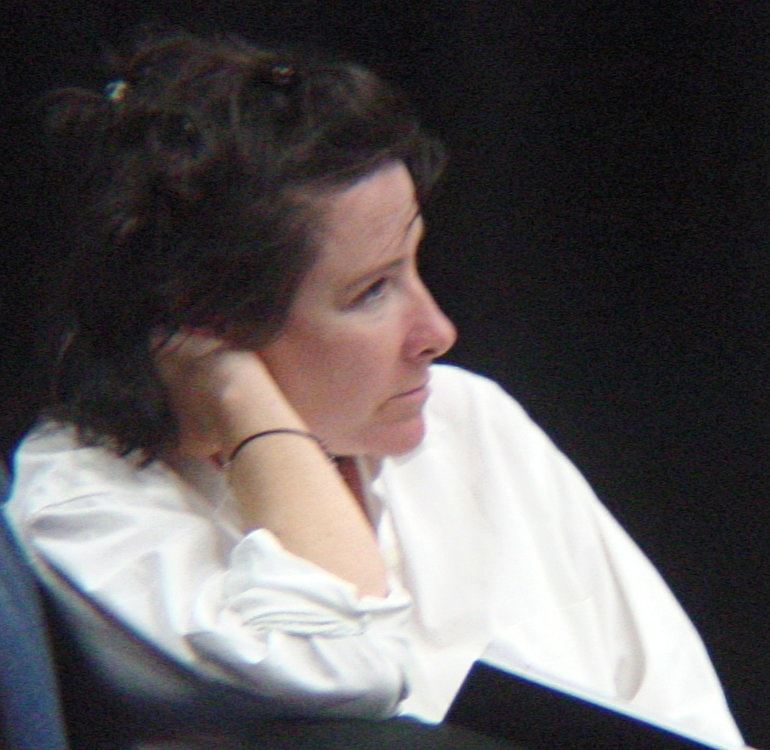 Stage and opera director Cynthia Stokes has devoted her professional career to creating provocative and thrilling productions across America. Her work has been praised for, “clear story-telling, theatrical sensibility and ashaving existential depths and evoking mythical resonance,” by the Philadelphia Inquirer; and, “funny and moving…The depiction of love and infidelity amid a troupe of traveling players was nimbly done, as was the fatal confluence of illusion and reality…” by the San Francisco Chronicle.

Up next for Ms. Stokes is a site-specific installation of the late Mexican composr Daniel Catán's  La Hija de Rappaccini  which will be presented on the campus of The University of Arizona in the outslide lobby of ENR2.  Other upcoming projects include a collaboration with composer Michael Ching for Amarillo Opera's production of Speed Dating. Recent productions include:  her new translation of Thamos, King of Egypt(Mozart)for Mainly Mozart, Orpheus in the Underworld for The University of Arizona and St. Francis de los Barrios for San Diego CITY Opera.

Ms. Stokes is the Artistic Director of San Diego CITY Opera, San Diego’s newest opera company dedicated to encourage San Diegans to see their community in new positive ways by presenting opera in site-specific locations throughout the city.  CITY Opera’s first production, Queen of Carthage,a contemporary retelling of Dido and Aeneaswas part of La Jolla Playhouse’s Without Walls Festival in October 2015.  Music critic Jim Chute said,” they got to the beating, beautiful, timeless heart of Purcell’s 1688 masterpiece. Their 45-minute reduction of Purcell’s “Dido and Aeneas,” was an inspiration.  In the spring of 2016 she staged Dominick Argento’s song cycle The Andrée Expedition with three singers in an abandoned factory. Music critic Pam Kragen said, “ Stokes ends the engrossing piece with a surprising and moving theatrical flourish that features a soulful and stylish reunion of the dead and dying. Opera is at its best when it’s visceral, and City Opera’s imaginative conception of the tragic, true story of the Andrée Expedition has proven to be a natural.”

Ms. Stokes has collaborated with some of America’s most exciting composers and librettists including: Richard Danielpour and Toni Morrison on Margaret Garner for Cincinnati Opera and Opera Carolina, For Los Angeles Opera she co-wrote and directed Murder at the Opera with composer Edward Barnes. Schirmer Music publishes the opera.  Ms. Stokes background of collaborating with writers, composers and visual artists led to Music and Art of Fin-De-Siècle Vienna for the Los Angeles Philharmonic.

Deeply committed to encouraging the next generation of artists and audiences, Ms. Stokes started La Jolla Playhouse’s Summer Conservatory and San Diego Opera’s Summer Opera Institute. Ms. Stokes is currently on faculty at The Taos Opera Institute and served as an NEA panelist for opera. She has also been a panelist for San Diego’s Commission for Arts and Culture. She holds a B.A. in Theater from Colorado State University and an M.FA., in Directing from the University of California at San Diego.