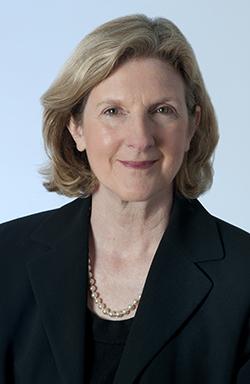 Dr. Romano earned a Ph.D. in Classical Archaeology from the University of Pennsylvania, and holds a B.A. from Manhattanville College. She has more than 30 years of experience as a museum professional, holding many positions, including as registrar, curator, researcher, consultant, and coordinator of the collections' division at the University of Pennsylvania Museum of Archaeology and Anthropology and as Deputy Director of the Arizona State Museum from 2012 to 2015. Dr. Romano came to the University of Arizona in 2012 from a position she held for six years as the Executive Director of the American School of Classical Studies at Athens.

She is the author, co-author, or editor of six books as well as numerous articles on ancient Mediterranean collections, Greek and Roman sculpture, pottery, terracotta figurines, Greek cult practice, and marble provenance studies. She has extensive archaeological field experience in Greece, Spain, Italy, and Turkey, and has worked with scholars from many countries on international research and museum projects.

Dr. Romano's latest research focuses on the fate of antiquities during the Nazi era (1933-1945). She is the co-editor of a publication in preparation about the trade in, confiscation and restitution of Near Eastern, Egyptian, Greek, Roman, and Byzantine objects during this period, a topic that has been little explored. She is also preparing a monograph on a portrait of Alexander the Great from ancient Nysa-Scythopolis (Beth Shean, Israel).