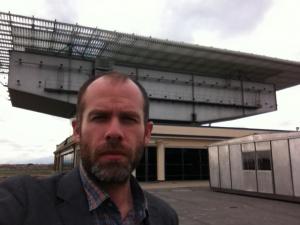 Larry D. Busbea is associate professor of art history at the University of Arizona, Tucson where his research focuses on the interactions of design, art, and critical theory in Europe and the United States after WWII. His critical essays and reviews have appeared in October, The RIBA Journal of Architecture, Design Issues, The Journal of Design History, www.we-aggregate.org, The Architect’s Newspaper, and the Journal of the Society of Architectural Historians.

His book Topologies: The Urban Utopia in France, 1960–1970, was published by MIT Press in 2007. A second book, The Responsive Environment: Design, Aesthetics, and the Human in the 1970s, has been funded by the Graham Foundation for Advanced Studies in the Fine Arts, and the Millard Meiss Publication Fund administered by the College Art Association. It will be published by the University of Minnesota Press in 2020.