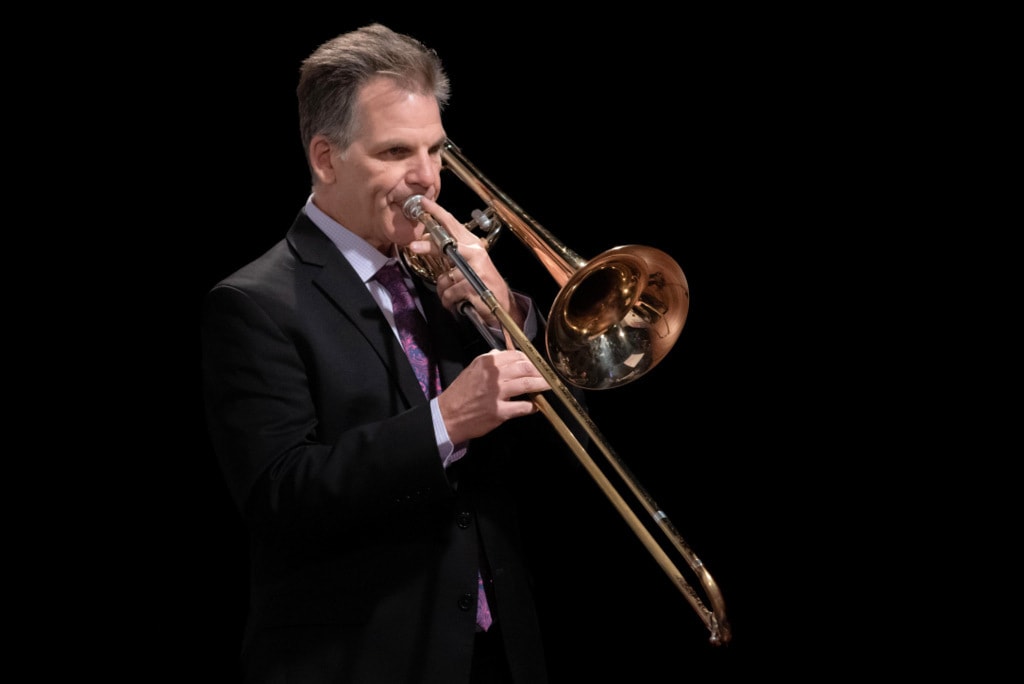 He has performed and recorded in orchestras across the United States and abroad, most notably in the Chicago Symphony as first call substitute since being a finalist for a position in that orchestra in 1989. Michael has performed, recorded and toured with the CSO under luminaries including Sir Georg Solti, Daniel Barenboim, Pierre Boulez, and Ricardo Muti. He has performed, toured and recorded extensively with the Detroit Symphony Orchestra under Neeme Järvi. He can be heard as one of three featured trombonists in the recording of Michael Daugherty’s Motor City Triptych.

He received his Bachelor of Music in Trombone from Indiana University and his master’s degree from Arizona State University.

In 2005, Mr. Becker created and launched the annual Becker Low Brass Boot Camp in Tucson, Arizona. This weeklong, intensive workshop, with a focus on developing audition skills and preparation, attracts students and young professionals from around the country who are pursuing a career in symphony orchestras.

As an active soloist and chamber music artist, he has had two solo works written for him, Still Points Concerto by Peter Askim and Characters, a sonata by Carmela Cinco. Mr. Becker is a member of the Tucson Symphony Brass Quintet, performing more than 40 concerts annually. He has performed as soloist with ensembles including the Tucson Symphony Orchestra, The Idylwyld Arts Academy Orchestra, and the Tucson Pops Orchestra. As a solo recitalist, Mr. Becker can be heard performing at major Universities across the nation, and on his solo bass trombone recording, Songs and Dances.

In his spare time, he enjoys hiking, cooking and most of all tennis!