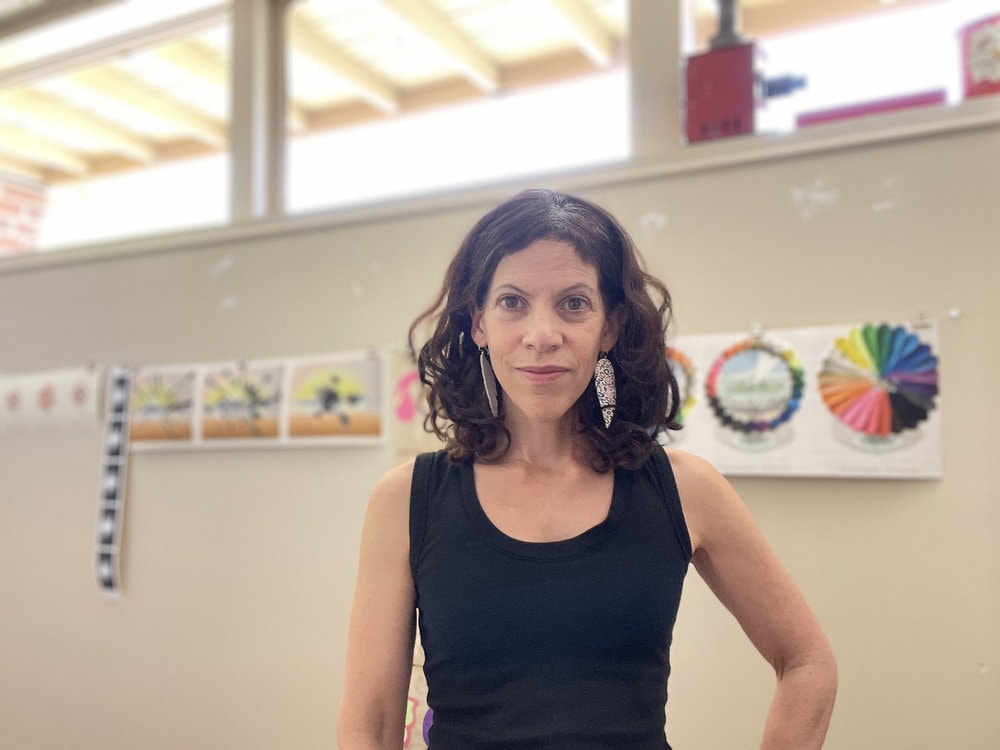 Nicole Antebi is an animator/filmmaker who makes things that move, loop, and sometimes hold. She came of age on the northwest bank of the Rio Grande/Río Bravo on the El Paso/Juárez border. The importance of movement as it concerns the dignity of people and rivers was a formative part of her childhood and the foundation of the work she does today. She was previously a visiting professor at Universidad de las Américas, Puebla, CUNY Queens College, and SUNY Albany. Her moving image work has screened at Anthology Film Archive, NY, Queens Museum NY, NY Media Center, Fridman Gallery, The Building Museum, DC, The Morbid Anatomy Museum NY, High Desert Test Sites CA, Armory Center for the Arts, Cantor Center for the Visual Arts at Stanford, Robert and Francis Fullerton Museum CA, Machine Project CA and her words and images have appeared in The Atlantic, Topic Magazine, and Longreads and she was awarded a Jerome Foundation Grant for Film/Video in 2015.

She is currently working in collaboration on an animated documentary about the Duranguito neighborhood of El Paso, Texas. And a second animated documentary, generously supported by the Andrew W. Mellon Digital Borderland's Grant, made in collaboration with Victoria Blanco, Irene Baqué, the Rarámuri dressmakers of Chihuahua City, tells their story of forced migration from Mexico’s Northern Sierra Madre Mountains and how the process of dress making, wearing, and betting upholds Rarámuri identity and resists assimilation.

She is also in the process of finalizing a four-part web series about the history, science, tools, and future of vaccines and viruses for The American Museum of Natural History with generous support from The City of New York Department of Health and Mental Hygiene.

UA School of Theatre, Film & Television students Haiden Pederson and Sofia Elena Gonzalez discuss the stressful process of baring your soul in #auditions and tips on how to deal with audition #anxiety.

Congratulations to Taylor Maresca for writing such a beautiful piece!

This past spring and summer Gyselle Cuevas served as a production assistant on the set of an independent film, thanks to support from the College of Fine Arts Medici Circle donors.

Gyselle is a junior majoring in Film and Television at the UA School of Theatre, Film & Television. She worked on the independent film, ‘The Long Walk of Carlos Guerrero,’ shot in Tucson, as a production assistant and assistant camera. She assisted with maintaining the camera, selecting the appropriate lenses and filters for each scene. She was responsible for slating each shot and generally supported the cast and crew through all stages of production.

The financial support provided through the Medici Award was used to cover travelling and living expenses.

The film tells the story of a man and young girl who get stranded in the desert of Southern Arizona. It was her first experience on a film set.

“I feel incredibly blessed to have worked with the cast and crew, and to feel like I was a significant part of something important and beautiful. I can’t help but express my gratitude to Sylvia and Herb Burton for this incredible opportunity. I am extremely grateful as this will impact my future as I seek opportunities as a Hispanic film student.”

Learn more about the program.
🔗 azart.fyi/MediciCircle

Thanks to donations made by the generous Medici Circle members, talented, artist scholars like Gyselle are awarded $1,000 to pursue an educational summer project beyond the classroom. ... See MoreSee Less

This spring feel, see, and hear live dance again with The University of Arizona School of Dance.

> Dance is in the Air
> Spring Collection
> Emerge: Student Spotlight

“A highlight of the season will certainly be Frank Chavez’s Habaneros where we get to experience a taste of the vibrant Cuban culture,” said Interim Artistic Director Tammy Dyke Compton.