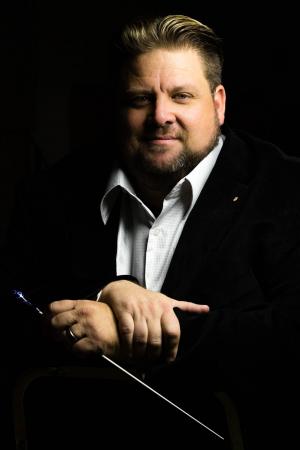 Member of the Graduate Faculty

The Fred Fox School of Music welcomes Chad Shoopman as the newly appointed Associate Director of Bands and Director of Athletic Bands. His duties include conducting the Wind Symphony, directing The Pride of Arizona Marching Band and Pep Band, as well as teaching leadership and marching band techniques courses. A proud alumnus, Professor Shoopman earned a Bachelor of Music degree in music education (1996) and Master of Music degree in conducting performance (1999) at the University of Arizona. While at UA, he studied conducting with Gregg Hanson. He continued studying choral and orchestral conducting with Dr. John Sinclair at Rollins College in Winter Park, Florida.

Prior to his appointment at the University of Arizona, Shoopman was a distinguished adjunct faculty member at Rollins College in Winter Park, Florida where he taught Film Music History, trumpet and conducting. He worked for the Walt Disney World Company conducting and performing on countless multi-million dollar studio projects for Walt Disney World, Tokyo Disneyland, Disneyland Paris and Disney Cruise Lines. He also worked as a conductor, performer, arranger, and choreographer for live shows seen by millions of guests throughout Walt Disney World including FutureCorps, the Tomorrowland Countdown, the Main Street Philharmonic and Disney’s Candlelight Processional. As the most requested clinician for Disney Performing Arts (formerly Magic Music Days), he was honored to lead thousands of educational workshops for middle school, high school and college bands and orchestras from all over the world.

In 2010, Professor Shoopman was appointed music director and conductor of the Brass Band of Central Florida. Under his baton, the BBCF won a national championship, recorded three albums, and earned the ranking of 13th best brass band in the world; the highest placement any band outside of Great Britain has ever achieved. He was known for innovative show designs and arrangements that appealed to a wide range of audiences while still maintaining artistic integrity in the ever growing American brass band movement.

Professor Shoopman has conducted various musical theater productions including “Shrek The Musical,” and is recognized for being equally comfortable conducting a wide variety of musical styles and ensembles.

He appears regularly as lead trumpet for Gordon Goodwin’s Big Phat Band, Arturo Sandoval’s L.A. All-Star Big Band, Chuck Owen and the Jazz Surge, and the hr-Big Band in Frankfurt, Germany, as well as symphony orchestras throughout the United States.

In the spring of 2020, a talented group of MFA graduates lost the opportunity to display their artworks in a physical gallery due to the pandemic. Today we begin to run it back with the 2020 MFA Thesis Alumni Exhibition.

Faye Ruiz's senior thesis film from "I Dream in Widescreen 2020" has been acquired for national distribution by Kino Lorber and DEDZA FILMS, who are featuring the works of nine emerging filmmakers from underrepresented communities worldwide.

“Dedza is committed to changing the landscape for emerging, underrepresented filmmakers and I’m elated to be a part of their first collection of short films and honored to have my film chosen to play on such a wide platform,” said Ruiz. “I’m grateful to The University of Arizona and the UA School of Theatre, Film & Television for providing me with the filmmaking resources and faculty mentorship to bring ‘The Lights Are On, No One’s Home’ to life and out into the world.”

Andres Hernandez is one of the many talented artists featured in the University of Arizona School of Art 2021 BFA illustration and Design Capstone Show. His thesis project was rebranding the National History Museum at Chapultepec Castle in Mexico City.

"This museum is one of my favorite places to visit while in Mexico City,” said Andrés. 'I decided to make it my thesis project because it would combine my love for design, art, my heritage, and history all in one project."

For more on Andrés, other artists and show, please visit bfacapstone.art.arizona.edu.