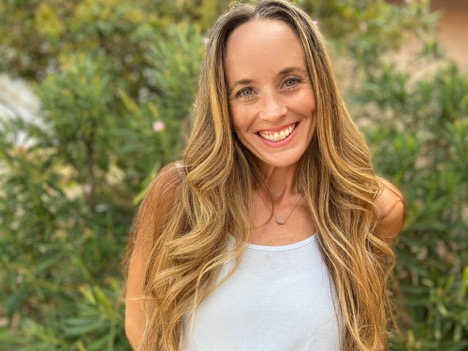 Tamara Dyke Compton is an Associate Professor and Director of Graduate Studies at The University of Arizona School of Dance in Tucson, Arizona. She teaches jazz technique, modern technique, choreography and dance ensemble. In addition she also teaches a section of Dance History and Teaching Methods. She earned her MFA in dance with an emphasis in choreography and performance from the University of Arizona in 2013. In 2003, she earned her BFA from the Juilliard School, under the direction of Benjamin Harkarvy and Lawrence Rhodes. Tamara has been on faculty at many dance schools, community colleges and dance conventions across the U.S. and Canada. She has been on faculty for Dance Masters of America, Domain Forget in Montreal, Quebec, Canada and The Dance Project in Toronto,Ontario, Canada. Tamara has also subbed for David Marquez at Broadway Dance Center in NYC, and The Alvin Ailey School in NYC. During the summers Tamara is the co-director of dance with her husband Chirstopher Compton at Perry Mansfield Performing Arts Camp in Steamboat Springs, Colorado.

Tamara has performed principal roles for Twyla Tharp, in her Broadway first national tour of “Movin’ Out,” from 2003-2008, and toured with the first national Broadway tour of “Fame” the musical from 1998-2000. She has appeared in various industrials, music videos, commercials and benefits performing with stars such as Paula Abdul, Patti LaBelle, Mary Kate and Ashley Olson and Ted Danson and working for choreographers such as Michael Rooney, Marguerite Derricks, Jimmy Locust and Joe Lanteri. Tamara has been a company member with NOVA Ballet and Convergence Ballet in Phoenix, Arizona. Dancing with The Juilliard Dance Ensemble, Tamara was proud to perform the works of choreographers such as Robert Battle, Aszure Barton, Peter Chu, Darrell Grand Moultrie and Jose Limón. She was one of Aszure Barton’s first company members with Aszure Barton and Artists, at the Joyce Soho in NYC, Tamara also performed with Robert Battle’s Battleworks at City Center Studios in NYC.

Her choreography has been seen at The Clark Studio Theatre in Lincoln Center, The Juilliard Theatre, Ballet Jazz De Montreal, Jazz World Congress, Tokyo Japan, Perry Mansfield Performing Arts Camp, Domain Forget Performing Arts Camp, The Stevie Eller Theatre, Scottsdale Community College, Glendale Community College and many dance schools across the USA and Canada. Her choreography was chosen to be performed at The Benjamin Harkarvy Memorial at The Juilliard Theatre in 2002. During Tamara’s education at the University of Arizona she was able to choreograph the musicals “Nine” and “Batboy” the for University of Arizona School of Theatre Film and Television. Also, during her graduate degree she served as an adjudicator for The Arizona Jazz Dance Showcase. In 2013, Tamara was the recipient of The Ralphie Spirit Award from The University of Arizona School of Dance.