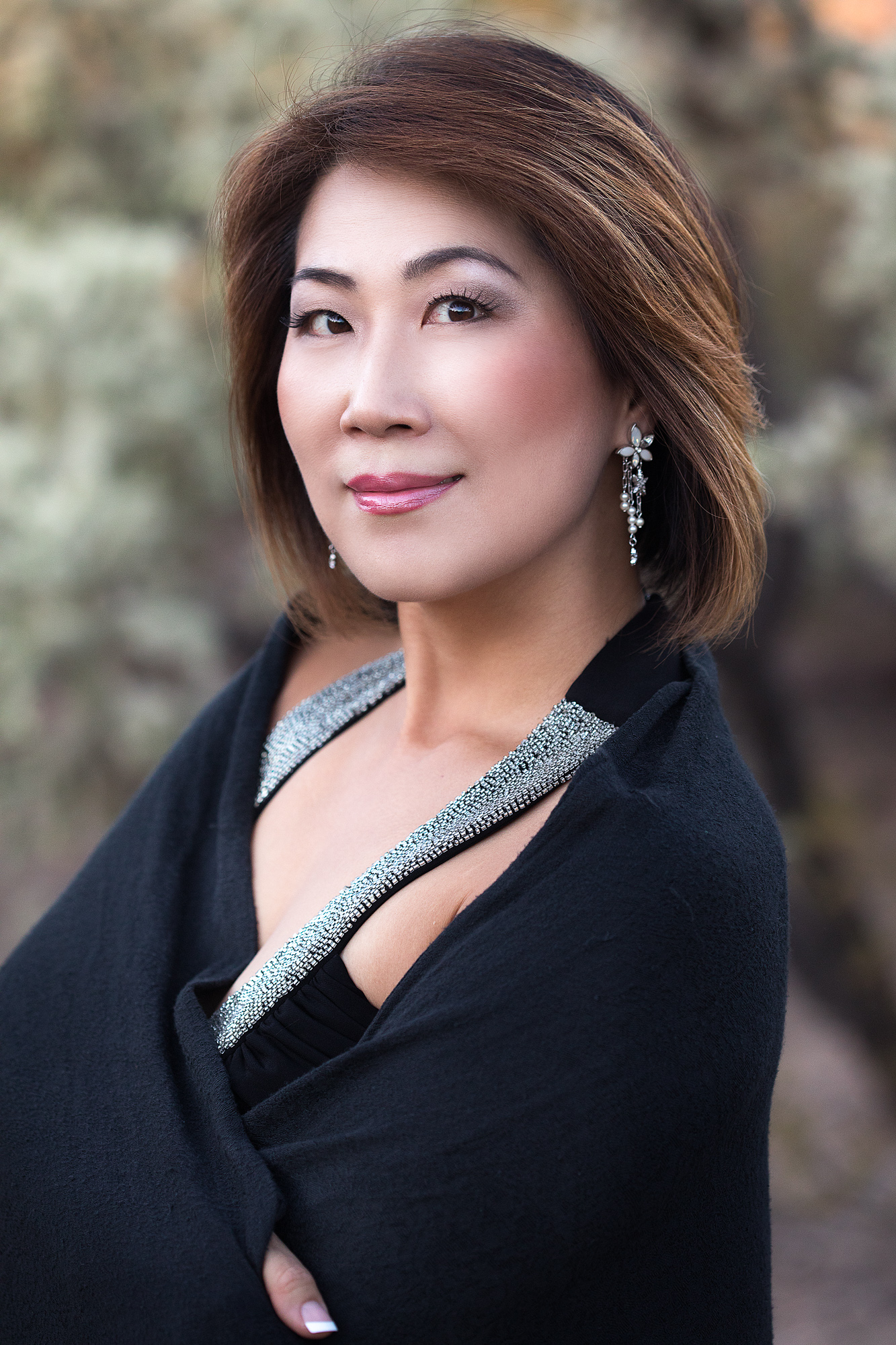 Korean American lyric Soprano Yunah Lee has been praised in the U.S., Europe and Asia for her “handsomely colored full lyric sound” (OPERA NEWS) and “picture perfect” acting (BERKSHIRE FINE ARTS). Performances in the title role of Madama Butterfly were hailed in Germany as “a revelation… [her] voice unites the girlish innocence and the wistful sensuality [of Cio Cio San]” (ONLINE MUSIK MAGAZIN). “…thoroughly captivating, above all thanks to Yunah Lee, who is utterly convincing in mood and presentation… a commanding and touching performance revealing the highs and lows of Butterfly’s emotions.” (DAS OPERNGLAS).

Ever since she made her professional debut with New York City Opera while a student at the Juilliard school, Ms. Lee has been in demand for operatic engagements all around the world. She is known internationally for her signature role as Madama Butterfly, having performed the role of Cio Cio San more than 170 times with opera theaters in New York, including the Metropolitan Opera, Boston, New Jersey, Michigan, Florida, North Carolina, Virginia, Memphis, Minnesota, Quebec, Kentucky, Ohio, Dallas, Austin, Colorado, California, Utah, Washington D.C, Belgium, Ireland, Germany, and Switzerland, among others.

Ms. Lee’s lush lyric soprano voice is especially well suited to Puccini’s heroines such as Mimi in La Boheme, which she has sung in over 70 performances. Her other operatic roles include Nedda, Liu, Micaela, Adina, Zerlina, Donna Elvira, Contessa Almaviva, Pamina, Leila, Antonia , Marguerite, Juliette and Suor Angelica. Recently, she made her role debuts in the title role in Dvorák’s opera Rusalka with the Korea National Opera, and the role of Tatyana in Eugene Onegin with the Seoul Philharmonic Orchestra.

As an active concert singer, Ms. Lee has sung Handel’s Messiah, Mozart’s Requiem, Haydn’s The Creation and Bach’s St. Matthew Passion with the New York Oratorio Society at Carnegie Hall, and Verdi’s Requiem with National Chorale at Avery Fisher Hall. Ms. Lee also performed in Mahler’s Symphony 2 with the Hiroshima Symphony in Hiroshima for a special concert commemorating the 60th anniversary of the atomic bomb blast.

Ms. Lee has toured around the world giving her solo recitals in Tokyo, Shanghai, Saó Paulo, Los Angeles, New York’s Carnegie Hall and the Seoul Arts Center. Ms. Lee was also featured in the Christmas Concert with Beijing National Symphony in China. Ms. Lee's first recording of “Four Seasons in Korea” with I Musici was released on Arcadia label. Her other recording credits include performances of songs by Paul Salerni on Albany records.

Ms. Lee is a sought after voice teacher, having been invited to give masterclasses by institutions in Italy, Korea and the US. She recently accepted an appointment as Assistant Professor at the University of Arizona, Fred Fox School of Music.

Ms. Lee received her musical and operatic training from New York’s Juilliard School and The Juilliard Opera Center after receiving a Bachelor of Music degree music from Hanyang University in Seoul, Korea.