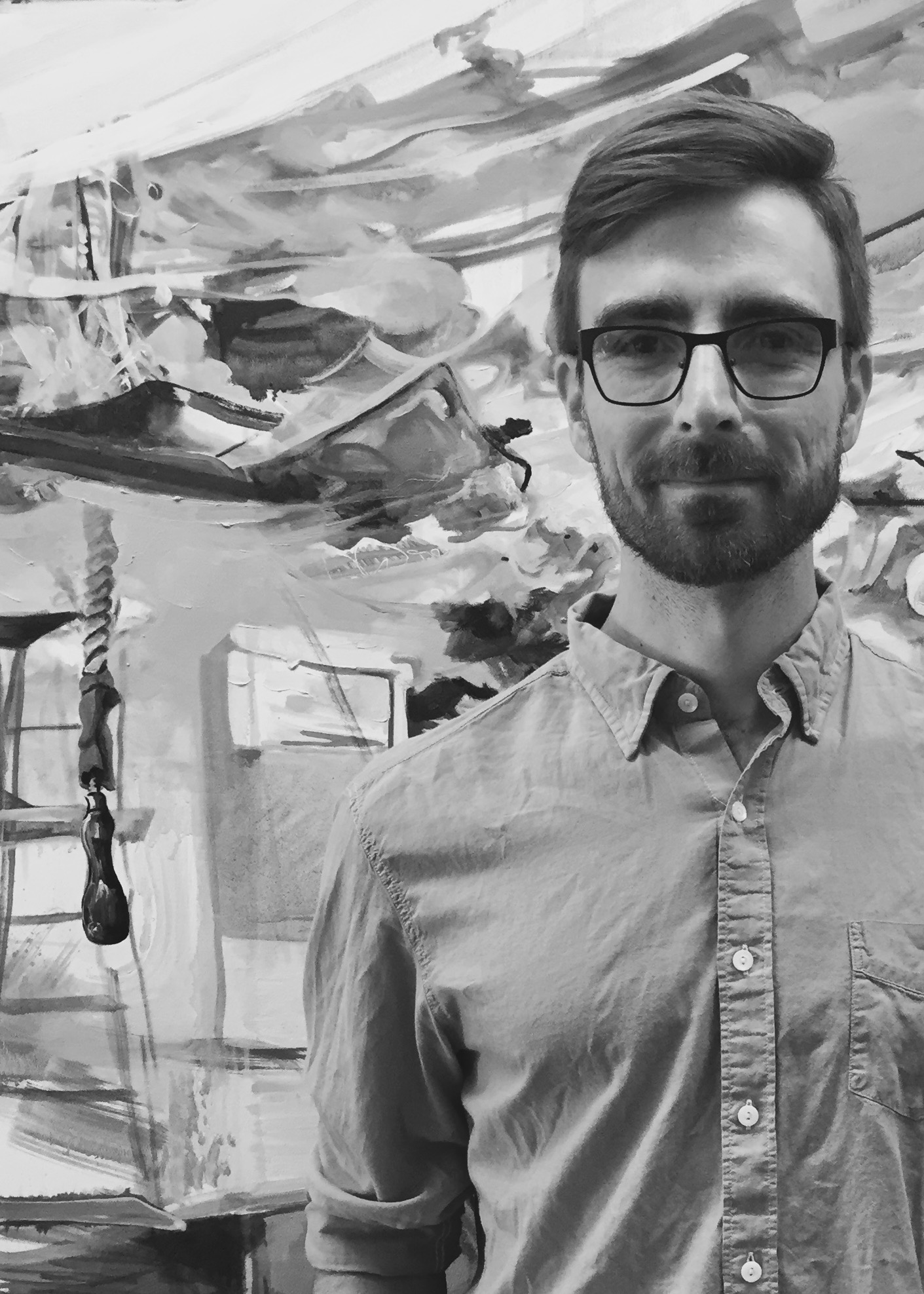 Many of Graham’s paintings are naturalist in subject, expanding upon the traditions of both landscape and narrative genre painting. His work often features synthetic reproductions of organic material – a nod to the commercial interests of tourist economies. A long-time resident and environmental advocate of two coastal communities, Graham’s work has been heavily influenced by the low-lying areas along the Eastern seaboard and the Gulf Coast region of the United States. For these communities, the cultivation and erosion of public perception remains as important to livelihoods as the physical adaption to the changing land. His work borrows a “high water mark” aesthetic, depicting entangled combinations of organic sediment and smaller refined objects that remain when the water recedes. Extending this vision towards his own studio practice, Graham’s paintings devalue the importance of a singular subject and focuses on creating new combinations within a rich visual society.

Graham is a research fellow at the Hambidge Center for the Creative Arts, Rabun Gap, Georgia (2018) and was a Joan Mitchell Foundation Emerging Artist Grant Nominee (2016). Select solo exhibitions include the Cole Pratt Gallery, New Orleans (2016), the Sella-Granata Art Gallery, University of Alabama, Tuscaloosa (2017), and the Greenleaf Art Gallery, Whittier College, Los Angeles (2018). Articles relating to these exhibitions have been published in the Winter 2017 New Orleans Review, reviewed by Judith Bonner and featured in Art + Design Magazine, Environmental Issue | Summer of 2017. Graham is currently a Visiting Assistant Professor at the University of Arizona and is represented by the Saladino Gallery in Covington, LA.