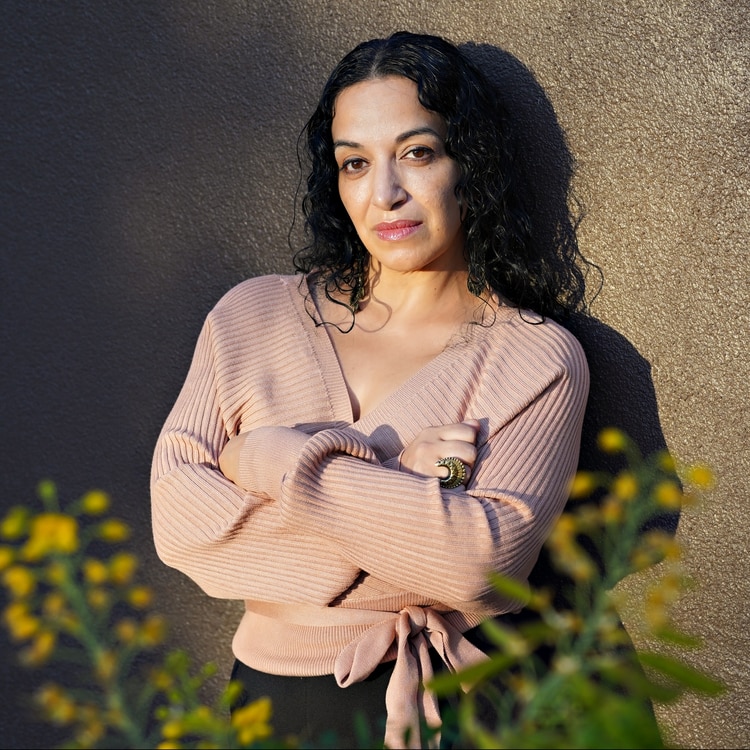 Sama Alshaibi's work explores the notion of aftermath—the fragmentation and dispossession that violates the individual and a community following the destruction of their social, natural, and built environment. In her photographs and videos, Alshaibi often uses her own body as both subject and medium, a staging site for encounters, peripheries, and refuge, even when carrying the markings of war and dislocation. Alshaibi’s sculptural installations evoke the disappearance of the body and act as counter-memorials to war and forced exile. Alshaibi’s monograph, Sand Rushes In, was published by Aperture, NYC. It features her 8-year Silsila series, which probes the human dimensions of borders, migration, and ecological demise.

In 2021, Alshaibi was named a Guggenheim Fellow and the recipient of the Phoenix Art Museum's Arlene and Morton Scult Artist Award. She has been featured in several biennials including the Maldives Pavilion at the 55th Venice Biennale (Italy), the 21st International Art Biennial of Santa Cruz de la Sierra (Bolivia, 2020), the 13th Cairo International Biennale (Egypt, 2019), the 2017 Honolulu Biennial (Hawaii), the 2016 Qalandia International Biennial (Haifa), and FotoFest Biennial, Houston (2014). She was also selected as one of 60 artists for the ‘State of The Art 2020’ (Crystal Bridges Museum of Art/the Momentary, Arkansas, 2020; MOCA, Jacksonville, 2022), and recently held solo exhibitions at Ayyam Gallery (Dubai, 2019) and at Artpace, where she participated as the National Artist in Residence (San Antonio, 2019). Alshaibi received the first prize Project Development Award from the Center (Santa Fe, 2019), the 2018 Artist Grant from the Arizona Commission on The Arts, and the 2017 Visual Arts Grant from the Arab Fund for Arts and Culture (Beirut). She was awarded the prestigious Fulbright Scholar Fellowship in 2014-2015 as part of a year-long residency at the Palestine Museum in Ramallah, where she developed an education program while conducting independent research.