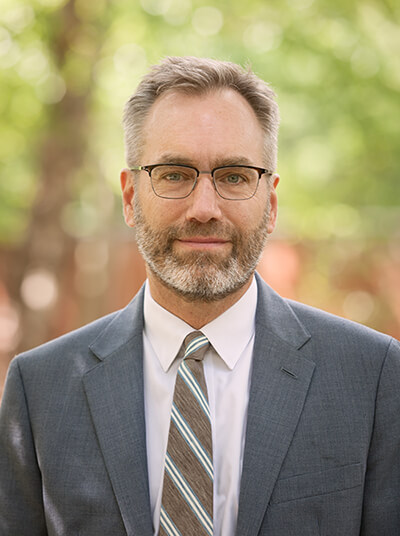 Vice President for the Arts

As Vice President for the Arts, Schulz leads Arizona Arts, a division that provides a unified gateway to the extraordinary arts assets, experiences, and academic programs at the university. Arizona Arts brings together the highly regarded academic programs in the College of Fine Arts—the schools of dance; art; music; and theatre, film and television—together with the university’s world-class arts presenting and engagement units, including the Center for Creative Photography, the UA Museum of Art, Arizona Arts Live (formerly UA Presents), and Arizona Arts in Schools K-12 programs.

Schulz is an award-winning teacher and one of the foremost scholars on 18th- and 19th-century Spanish art. His award-winning research has examined the role of visual culture in the construction of national and imperial identity, specifically in the Age of Enlightenment and the Romantic era. For the past several years he has been exploring the "afterlife" of Islamic culture in Spain.

Prior to his appointment at Arizona, Schulz held administrative and tenured faculty appointments at the Pennsylvania State University, the University of Oregon, and Seattle University. On the national level, Schulz has been a leader in the Alliance for the Arts in Research Universities and in the College Art Association.